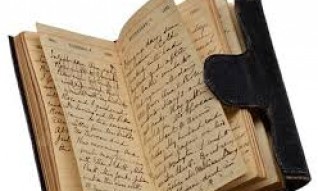 This is the diary of a teenage girl from India, talking about the social issues she faces, including, but not limited to, eve teasing.

We are seven cousins. My sister the eldest, then a cousin brother who lived in Chicao, then me and another cousin sister from Chicago(we're of the same age, just a few months age gap), and then again a cousin sister from Virginia, a cousin brother (my Uncle's son) and another cousin brother from Virginia.
In August, 2008, my Aunt from Virginia and her children had come to India to visit. A day before they were leaving, we went to our Uncle's place to meet them. We were all talking and having fun when suddenly my Uncle told my sister that she and Akaash were his favourite neice and nephew as they were the oldest and the youngest among us cousins respectively. Being a young kid, I quite obviously felt bad. So my mother told my Grandmother and my Uncle that they shouldn't say things like that and differentiate between us.
As there were only three of us here, in Kolkata, and one of them was my Uncle's son, and he said my sister was his favourite, I was the only one left. The other four cousins who lived in the US were always given special treatment. I felt really bad and upset, but I didn't say anything.
So after my mother told them not to differentiate between us, my Uncle got really angry and started saying stuff. He said that my mom had created a lot of problems and given occasional gifts to mom and us was not affordable. My Grandparents didn't even stop him. He was my mother's younger brother and had no right to speak to them so disrespectfully. But he still did and NO ONE stopped him. Just because he was a male. A son.
Even later, they came to our house and were like, it just slipped out of my mouth. He never apologized to mom.
It wasn't until months after that incident that I found out about another similar incident that had happened just before I was born.
We weren't a well to do family. We were just a normal, lower middle class family. So when my mother was pregnant for the second time, my parents needed to borrow some money for the hospital fees and stuff. They approached my maternal grandparents. My Uncle had lost his temper that time too and had almost slapped my mom.
I always kept thinking all this happened because of me. All these problems between them were there because of my existence.
For four years, we barely spoke to them. It was February 2012, my paternal grandfather had broken his leg and were bed ridden. Suddenly he became very unwell and passed away. This was when my Uncle and my parents finally kind of made amends. No, my Uncle never apologized nor did my Grandparents ask him too. But my parents still agreed to put it behind them and move forward.
I still blame myself a little. I've realized I may have been a part of the reason why all this came out, but it wasn't exactly my fault. It was the fault of the Indian mentality and the importance that is given to men.

Being a girl in India is not easy. I've been regretting it since I became aware of all the discrimination and injustice in the world, and more importantly, India.

When I was about fourteen years old, this particular sunday, my family and I had gone out to dinner at the Club. I don't exactly remember how the topic came up, but my father said that he had wanted a son. Atleast one son, instead of two daughters. It really hurt me and has affected me in ways I didn't think was possible. It has affected my thinking and my mentality to a large extent in the last four years without my realizing it.

I loved my Daddy. I had always been Daddy's Little Girl. But after that day, I always wanted to do more, be more. I always tried to be his son, make him proud of me. Yes, he was proud of my acheivements. But that wasn't quite enough for me.

I had been brought up in a proctected environment and wasn't exposed to a lot of things. So that was the first time I realized the difference between a males and females and how males were always given more importance. How there was discrimination among people of different genders.