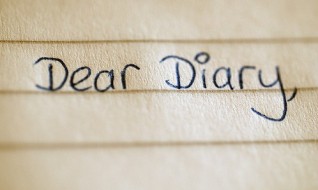 The tried to bury us... They didn't know we were seeds

People change. Even I have. A lot. This change is toxic. The wave is hitting away everything that comes my way. Every step I take is taking away someone from me. And my actions are not my own. I don't want to be this way. Losing friends is not easy, and is tougher when you lose them because of your own stupidity which is irreversible, but was evitable. I had accepted them the way they are for four years, why did one small incident spark the fire of angst in me?
Girls, if you are listening, my dear F5, if you people are listening, please forgive me, and give me some time. I'm vanishing for some days, no whatsapp, no facebook, , I have switched off my phone. I am ashamed for not feeling ashamed of what I did. When I will be back, you'll find what you and I both of us lost - ME. And this is the last ordeal that our friendship will face because of the evil me. Because when I come back, I won't let things fall apart again.

My old diay entries.... haahahahahaha :D
People change soo much over such a short period of time.
I'm talking about MYSELF.
I CHANGED.. :(:

apni closest frnd ko bata diya aaj maine abt all that was running on my mind... m feeling soo relieved !! dil halka ho gaya,,!! m happy now.. she said me to go for it.. n ab m pretty sure ki i will atleast try to get him back.. koshish krne me kya harz hai ?? ab if i don't even try i'll live with a regret on my head for life time ki i didn't even try lkn agr kar kr haarungi toh i will not feel bad at ol ki atleast i tried !!

ohkay.. so i get to knw today... y does he do that ol the time.. wen my frns passed him my notebook the other day, he was smiling instead of getting angry.. WHY ?? i mean, he shud b angry, not smiling..
y does he do such things that force me to believe that he still loves me..!!!
i wish ki wo agle saal iss skool ko chhor kr chale jaye.. atleast ye toh nhi dikhayega na ki wo abhi bhi mujse pyaar krta hai..
its so irritating..
kal raat bhr nhi soyi.. ussi k baare me soch rhi thi.. i guess those days r cuming back..
those days of frustration n irritation.. m gonna get away frm my family once agn :'(
he's bad ! but i still love him :(

meko wapus nepal jane ka man kr rha hai :( :( waha per sab kitna achha tha.. i spent all my first eleven years of my life ther.e. n wo jagah.. that was really pure. mayb i was kid bak then n didn't realise abt the tough life there but wateva it was... i will never be so happy, so carefree again.. my childhood in nepal.. i miss it :'(

behh !! y dnt they understand.. avi bhi uske naam se pareshaan krti hai.. aaj toh had ho gyi...
i just whispered sumthing in one of my frnd's ears, n other one asked what is it.. she thought we were toking sumthing abt her.. i just told her no i won't tell just to irritate her.. n she got irritated.. she took out my thesaurus frm my school bag n she vry well knows hw important it is for me.. it is my life and she threatened me to give it to my ex.. this is the most embarrassing thing n especially wen hez with his frnz n i didn't like it while we were in a relationship as well... so this girl, she tried to give it to him but i sumhw rescued it.. but meanwhile some other girl took my rough note book and passed it to him.. n yup! the class mates supported her :( he just passed it back to me agn.. n ol of them were laughing... i gt really ngry n wen i get angry i drink lots of water, n i spilt it today on myself. :( y do they do it all the time..!!!!!
waise v usske b'day wale din jab usne meko chocolate diya ussi din se mera dimaag kharab ho rakha hai !! aur ye log uska naam baar baar le kr aur tang krti rehti hai..
wt do they like so much in his fav song that they keep singing it all the time..
do they love his code name so much that they HAVE to shout it accross the class
i knw i still like him but i don't like being teased by his name nymore !! its irritating u knw.. at the first place i took the initiative for break up n now i want him back, n m regretting wht i did so it is obvious that i'll hav so much of frustration boiling inside me..!! n i just cnt tell them abt it.. i don't want to.. maybe some day or the other i might find someone else.. i will not like to change my words just after sometime.. or maybe like its happening since the last six months of break up my liking goes away once again n when i tell them this time they think me as a big fool... but this irritation is to big for me to handle....

yeaa !! kal se fir school.. wahi masti wapus se.. missed ol that fun in the school, however these holidays were not thaaaaat bad.. but nt thaaaat good as well..

raining... the weather has turned bitterly cold.. i like it ;)
missing him like anything in this weather..
i remember one of those days while we were on the phn.. it was raining that day and he said he was missing me n wanted to come bak to meet me.. he was out for an inter state quiz.. :(
come back..!!

m missing skool.. the holz aren't that fun.. as i supposed them to be.. but they atleast are better than the summer vacations when i longed to see the outside world.. those days.. i learned humans really need to interact to live.. we indeed are social beings..