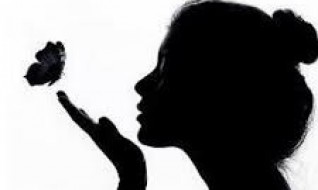 Who am I. Life is all about finding who you are..

** A man who suspects
Sorry by mistake

It feels so good to be back to blogging after a long gap of about 3 months. And today I am so happy to have blogged. I have my exams approaching but here I sit disinterested to study, null and void.

The world is how you look at it. A man with suspects has no place to be happy on earth or rather this universe.

I have literally stopped arguing and advising people around. When people never even bother to listen to me why should I break my head into it? They will realize its value later, come to me and say I should have listened to you but you know itâ€™s of no use. Why should I lose my temper, my energy when they donâ€™t even care to listen? I never ask people to consider things but at least I do expect them to listen. Why should I shout and scream and lose my dignity arguing with fools around? I do have my own life to bother. Let them do whatever they want to and let me do whatever I want to. I am just not aggressive this is how you become when you lose dignity by talking to fools. Isnâ€™t it foolishness to argue with fools?

Anyway, I am so happy my friend is placed in Toshiba. And she is like this would never be possible without you. â€œYou have done so much for me and whatever help I do to you, I will never be able to return the thing you have done to me! â€œ I was happy and shocked at the same time. Moreover I was like what are you saying I havenâ€™t done anything so great.

She thanked me so much since I had helped her with her studies and projects. Being a very good friend of mine, it was my duty to encourage, support and help her. We just revised few topics in C and Operating Systems just few minutes before she was called in. And the best thing is she was literally asked those questions. I am so happy I helped her through.

Silence doesnâ€™t mean, I am always wrong it means arguing with you is utter foolishness. But then when I donâ€™t argue, people think I am wrong so my mouth is shut. After all, why do I care what people think of me. I never really do! Why should I worry what the third person thinks of me? If people here are really to judge someone, then they are rating themselves. Who else can know me better than my own self? Dear so called people, I literally donâ€™t bother what you think. You can go on blabbering. Who cares about your jibber jabber after all? I have so many things in my life to deal with. If you talk about someone it shows your mentality, your personality and moreover your foolishness. I am not fool to break my head about your talks.

A good day though. But as soon as I came home, I slept like a buffalo.
Sunday tomorrow, yet I have to go to college!

Tears are not always sad and hurt isnâ€™t always a pain. They have their own pleasure and the world canâ€™t understand it.

There is so much of joy in waiting for someone whom you really love :)

It was kinda ok, neither too good nor too bad. Indian Railways, they suck. We were late to Ra****** by 10 hours. Can you imagine? We had to reach thee by morning 5 but unfortunately we were there at 3 p.m. Rivers have over flown due to heavy rains. Everywhere you see, water and the greenery :) It was raining constantly all day and night.

All I want now is sleep. I donâ€™t get sleep in trains or buses. So, I hardly slept around 5 to 6 hours in 3 days. I am too tired but still I have lots of work to be done. So many submissions and I havenâ€™t yet started anything. Anyway, I will start tonight.

Itâ€™s so difficult to be nice and sweet in front of people whom you really donâ€™t like.
Good night :)

You know what, tomorrow I am leaving to Ra*******, a place in Andhra and I am so excited about it. My mom, aunt and mami will be there but I am sure going to miss my sis badly. We both have so much fun together at times. Itâ€™s more like a love-hate relationship. We fight worse than hell and sometimes the loveliest sisters on earth.

The journey for about 10 hours or more, the music, reading blogs, the chats and the pics, itâ€™s going to be fun. The best part is I am going somewhere this far after 5 long years. I always prefer train journey over bus. Itâ€™s going to be 3 days of fun and quite boring too because I miss her. College, projects, exams its hard to leave them and go.

You know, Radha and Krishna, never married each other but still their love was sublime, pure and eternal. They used to worship their love in their hearts. Thatâ€™s why I always say â€“ When love reaches eternity, it becomes a true Divine.

F.R.I.E.N.D.S is so much fun. I stared watching it yesterday. Although I had watched few episodes couple of days back, I hadnâ€™t liked it. Actually I preferred â€˜Big Bangâ€™ over F.R.I.E.N.D.S. I completed Big Bang till season 8 and now on F.R.I.E.N.D.S spree.

I started watching Mahabharata again. I guess I am at episode 132 or so. So, as of now I am watching two serials, Mahabharata and F.R.I.E.N.D.S.

One of my cousins is in love with a girl from different caste and these people you know, they are making such a mess about it as though he has committed a worst crime. People are looking at him as though heâ€™s a terrorist. And I am like- So what? Is caste and religion greater than love? When you are really in love with someone, you will get to know its real meaning. Come on, falling in love and marrying one from different caste is no big deal. I mean its fine. Right? Love is the greatest sublime and after all the caste, creed, religion are made by us humans not Him.

I love this quote. I donâ€™t remember exactly from where I read this. Here it goes. â€œAsk the definition of love to a man who has lost his love rather than the one who is in love.â€

And people are worried about them following rituals and rites. Does God say his men not to worship Him? Thereâ€™s only one God in different forms. What culture and tradition has their parents given them and what kind if family is it. Dear so called people- love doesnâ€™t happen on any rules and regulations. What culture and tradition has got to do with love? You fall in love with someone unknowingly. I donâ€™t understand why people really donâ€™t understand things.

Sleep, sleep, sleep, sleep away, sleep away! Such bored. Much sleep. Eat, sleep, serials, repeat. This is how my holidays are or should I say were because it isnâ€™t a holiday today. I am so desperately waiting for Jan because there are gonna be three awesome movies! :P :D

I havenâ€™t written my diary since many days. You know, I was so busy with things that I didnâ€™t even find time. I was caught up with my minors and interviews. Benz rejected me in GD round although I had cleared two rounds which were held in my college itself. But the best part is I did get a chance to go to see my niece. Sheâ€™s so pretty and babies are. After that, the whole week was pretty busy. Exams too werenâ€™t that good, but kind of ok ok.
Once, I got my holidays, my eyes are glued to Mahabharata. Though I have read the story when I was 12 or 13, I have never seen it on TV. Although I adore and love Krishna for his friendly, guiding and protecting and caring nature, I like him only to some extent. Here are the reasons for the same:
1. He is the Lord. Even if he knew everything, why did he not stop the Pandavas from going to vanvas? Or why did he not forcefully stop from them from playing the game of dice.
2. Most importantly, why did he encourage Arjuna to kill Karna when his chariot got stuck in the mud? According to the rules of the war, one must not harm the other when heâ€™s unarmed. And for the same reason, Karna had not slained him when Arjuna was unconscious. Then killing him when he was unarmed isnâ€™t adharma? He should have seen Karna as Arjunaâ€™s brother rather than the enemy.
3. We all know Krishna went to Karna and relieved his secret of birth and the fact that he belonged to Pandavas. Then why did he not say the Pandavas that Karna was his elder brother? If he had said so, obviously Arjuna wouldnâ€™t have killed Karna instead he would die at Karnaâ€™s â€˜Bramhastraâ€™. Isnâ€™t this Adharma?
All though Karna was the Son of Surya and the eldest prince of Pandavas all his life he was called a â€˜Suta Putraâ€™ rather than â€˜Surya Putraâ€™. He was such an unlucky and unfortunate man. Moreover he was valor, brave, a soft hearted and a person who even sacrificed hisâ€™Karna Kundalaâ€™ for which heâ€™s known as â€œDaanaveeraâ€. And he was more expert in Bilvidye than Arjuna or any other man on earth.

So, if you ask me to mention three of my favorite characters in Mahabharata, I would say Arjuna, Karna and Krishna. Karna, the true and immortal hero of Mahabharata.