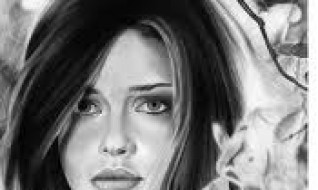 It is a manifestation of my emotions

Dream big. Work hard.
That has been the motto of my life.
But, dreams are killing me slowly.
They're not allowing me to live silently, and I remain a mere suffrer of fate. It hilarious how worse it can get.... 115 is the cutoff i get113 ... wow god.. u did it again.

1. I hat what I'm studying
2. I know what I actually want to do
3. Everybody's expecting too much of me
4. I'm tired of lying to myself that things would turn good
5. I feel scucidal evey other day
6. Mom just wouldn't try to understand me, however hard I try to communicate
7. They're leaving me no damn choice
8. 379 days and no phone
9. I want to run way from home
10. Haven't heard a single encouraging voice in a year

Tiresome day. I have these BHU entrances this weekend and will leave for Kolkata tommorow. how I wish dad would let me travel alone. Like I did back in school days at Bokaro. I rember how I once escaped to Dhanbad without notifying anybody at home and spent the day fooling around in the city. Dad was astonished when I told him I manged to grab a copy of the Tata McGraw Hill book which wasn't avaible in whole of Bokaro; though I never told him I bought it from Dhanbad.
The thing about travelling is that I love standing on the open train doors; gazing aimlessly into the vast expanses as the wind blows in my face.
But things are different now. The two years of free life is long over. I wish I clear these stupid entrances and get into a college dad chooses and get to sit on train doors breathing in fresh air all over again.
I am being strong.
Hoping life will be beautiful once again someday .

Sometimes I wonder how wrong was I to decide to fall in love at sixteen; to trust somebody whom nobody trusted. M 18 now, its been ayear since he left; and when everybody around asks me about my love life I simply mutter about an ex boyfriend and how happy I am being single. To be honest, yes, I am happier than I was then; and definitely much wiser; but somehow, I can't lie to myself about the fact that at one point of time, I was ready to sacrifice all my dreams , ambitions, freedom for this one guy. I don't know if I did right in sending him back when he returned this January, for I, had just managed to push his influences away from my existence just then and didn't want him back spoiling all my efforts. Afterall, I have some self respect too. He just can't arrive and leave at his will.
I remeber after I broke up; I couldn't believe it for months together. Why; everything was just so perfect. I won the the school leader.ward at the farewell; he the best student. He propose in front of the whole goddamn class; and two years of relationship just took off to another level.
I don't know what went wrong and just in one another month he was like :' I don't want a realtionship right now. You are such a kid'
Yeah; I was a kid . To trust a moron like you. I don't really know why you left me, But now that you are gone; I sincirely pray that you don't come back again.
A part of my immature self is still intact. Who knows... I might kick you in the face ;)

The first day Kishlay texted me, a year ago, I took him for the guy who was hooking for my then good friend Chahat and I actually restricted him from acessing my updates. he texted me again, and out of sheer boredom I replied; realizing soon he wasn't the guy i was mistaking him to be...
a year my junior, kishlay was all nervous and sweating when we met for the first time near my hostel. Despite of his six feet frame, Kishlay was an adorable little kid; and I knew at once that our friendship was going to last.
two days later he left for his home town and bythe rime he was back I was alreadyback at home, appearing for entrances. A nasty breakup and a shattered ego got me stuck at home for a year for i, failed to clear IIT entrances. No phone, No Tv. Mine was an etopian world. Except for those two hours of laptop I was allowed.
He was always with me.. chering me up, sharing stuff and talking over and over. It was trying at times; and we ended up blocking each other atleast thrice; but we, were meant to be together you see.
one by one all my friends left. i don't blame them either; for who would continue to accompany a girl wiith no contacts; one who you can't meet, can't talk to and just chat with just once a day ?? But he was there always, his flirting assaults with numerous girls. to my utterly suffocating life, he was but a breath of air.
Its been a year and finally the cassanova is in love ( the girl of course was convinced by me).
his dad passed away last month , and it has been trying times for him.
I still remember him in the blue jacket; nervous, sweaty palmed. And yes, I'm glad i didn't block him that day. :) #BestFriendsAreMadeinHeaven

I still work on a 100kbps internet connection and my laptop, which happens to be my first one, is not more than a year old. I donâ€™t have a cinema, let alone a multiplex anywhere around and I often end up spending my Saturday evenings cramming up for entrances.
Facebook still remains an evil distraction to my parents and I often end up minimising the screen when they walk by. I donâ€™t have a personal phone because they donâ€™t see the need of it and I consent happily. Now, before you start picturing me in a torn skirt and my parents illiterate, poor and unhappy; let me get this straight to you.
Both my parents are reasonably able minded graduates and my dad serving in DVC, one of the oldest PSUs in India. Itâ€™s just that we are stuck back in time. Maithon is a small place -10 sq. Kilometre of area; and both my parents were born and brought up here. They both have graduated from the local college; though my dad happens to be seven year senior to my mom.
I wear shorts, I love my social circle too (even though that consists of colony kids ten years my junior) and like any other teenager, I have my dreams. I have my favourite pair of Levis, even though I rarely get to visit malls. Iâ€™m busy preparing for IIT entrances and most of my classmates have left, either for coaching or for college.
Last two years has been a revelation in my life. Iâ€™ve been away from home, tucked away in a 10 by 10 room going through an impossibly tedious preparation schedule. I have found freedom and learnt that touching somebodyâ€™s phone is actually bad manners. Coming from a family where receiving the phone on loudspeaker is a norm; that certainly was a see through to the real world.
As my classmates bragged about shopping at malls and eating out at MC Donalds, I became the butt of joke for almost all of them. I was more into reading Dickens while they poured upon Ravinder Singh; I saved up for Paulo Coelho while they flocked the bookstores for the next Durjoy Dutta book. I was almost an outcast, my phone was a humble hand me down Nokia C2-00; while my friends fidgeted with their Lumia-s and Galaxy-s.
But not even for one second of those two years I let my self-respect flinch. I tried doing what I did best â€“ speak out. I wrote and wrote; often to the point of exhaustion and spoke what I write whenever I got the chance. I wasnâ€™t always correct and in the course of time I learnt