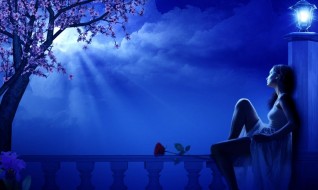 Wohkay, i missing your love you bacha, dhayan rakhna apna , subha jaldi uthna hai!
Fuck -_-
why did you do this to me?

Yesterday, went to IITD Fest for Farahan Akhtar live concert. One of my friend promised me to arrange passes for US (roomies).
but neither he arranged passes nor he picked up any of my calls :/ (bc sala)
But being an extra adventrous people :p we reached there without any passes .

After so many Dhakka Mukkis , somehow gaurd uncles allowed us to enter . Then that so called friend of mine called me and gave a guy's no to contact for passes. We had crossed the first entry gate but the second one was still a big task -_-
That guy gave me VIP pass and told me - isse Faadne mat dena gaurd se , this the only pass we have and i'll meet you there,but the Checker wasnt listening me .Before i could speak anything he tore it up :( Sheyt! .However we got enter into the Venue and i was on cloud nine :D
But That so called friend misbehaved with me (he might be thinking that i'll give him a fuck for that pass , Bloody asshole -_- ) .
He messaged me.
*yaar teri vajah se mere dost ki entry nahi ho paayi*
*meri koi dushmani to thi nhi tere dost se *
*wo kah raha ladkiyon ke entry krwa di aur hame bhool gaya*
*mujhe mat suna us baat ke liye, gaurd ne meri sungi hi nhi*
(toh chutiye , itni fekne ko kisne kaha tha tjhe? sabko bula le, jab tere bss ki nahi hai kuch -_-)
*kkk*
*pass to ham kahin aur se bhi arrange kar lete , agar ye sb chutiyapa hi krna hota toh*
and he replied after an hour-
Now this is his girl, he was trying hard to get passes for you , he wasnt doing anything to you,
i was standing there .....................................Desperate DU Chick, Check you Grammer.Fuck off.
hahahahahahaha
Me- Check your spelling of Grammar.
subha uth ke dekha, Facebook se unfriend kar diya Lounde ne.
mtlb usko Chumma de dete passes ke badle to thikk nhi to à¤«à¤¼à¤• à¤‘à¤« !
#middle finger salute _|_

i am worst at - Singing and that aai do it all the time .And then the look Ashu gives me, i just love THAT.:D
' Saali bakwaas na maar' - but she is the only one who comes up with those bakwas ideas -_-
to aap mile meri do roommates se, Ashu and Rajjo.
Crazy
Stupid
Idiot
Weird
#but we are awesome buddies :*
love you always