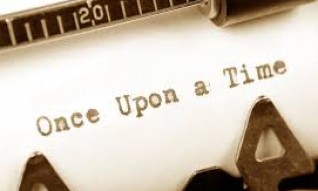 There is no greater agony than bearing an untold story inside you....!!!


I should call my heart a mirror now,because it is reflecting all those past memories I had with my family. They are not letting me sleep, I opened my eyes and sat on my berth.I peeped through the train window, it was nebulous, may be because of the speed. Out of excitement , I reached my mobile kept somewhere near the window. More Six hours, I will reach my hometown.

After a busy schedule of serving Indian army, we returned to our hometowns, we call them as federal holidays, this lasts for one month. After this month --same train same journey but heartful of memories which we should keep alive for the next eleven months. I leaned back slowly and took an envelope from my shirt pocket, 10 years ago my wife wrote it to me.

Dear. Take care of your health because the next time you come you will see a â€œthirdâ€ person in our home!!
with lots of love Nirmala Shukla.

I always keep this envelope in my front pocket. Atleast this way my family stays with me all the time.

Sun rays through the window reached my face, I woke up. Yeshwanthpur railway station is always a busy place to step in. I took my luggage and walked towards exit. Outside the station my wife and Aryan my ten year old child were waiting for me. Nirmala is a typical south indian woman. She brought a Thali (a steel plate with harathi) to the station. I tried to stop her but as always; she won again.

We reached home. Rangoli, color papers, ballons and flowers covered the entire building. As if the building wore a dress. At the entrance, my little soldier wrote a multicoloured welcome noteâ€”â€œwelcome papaâ€. We gathered at the lunch at 12:30PM, even the dining table wore a dress. All southindian varieties on it. Quickly we finished them and sat chatting about all happenings.

A week later, we went on our first outing to a local garden nearby. Aryan was excited a lot. The garden of games it is for him. He ran and joined the queue. We were busy in watching the plant exhibition. Aryan was within eyeshot. Everything was peaceful till then. But suddenly Aryan sobbed like a two months hungry baby.The reason was simple. He wanted to play the scooter game, but all the scooters were occupied so he has to wait for sometime. He doesnâ€™t want to waste time, So he was sobbing.

To convince him I brought him his favourite flavour of icecream and gave it to him. He stopped weeping and took it. I relaxed. He then flinged it away somewhere into the stones. I was unhappy with his behaviour. I spanked him, as usual he increased his volume. Nirmala entered the scene and made attempts to convince him. I took a walk from that scene.

Next day I felt like pampering him, I brought him a videogame and some other toys. He played with them. I then took him to play station ,there we both played for a couple of hours. We returned to our home. He seemed to be elated. Thereafter he howled for playstation all the time. â€œAryan is 10 now, we should teach him discipline. It will help him and us tooâ€ , I said to Nirmala.
You stay for one month, so donâ€™t worry about it and stay happy.

On the first day of the last week we went to my childhood friend Mr.Swaminathan Bahadurâ€™s home. We scheduled this meet a week before. His building has an architecture like no other in the city. Yellow gold domed towers instead of roofs, ostentatiously detailed pillars, painted in silver. Long wall clock with two beautiful paintings on its either sides. No one could ever make a replica of it.

As soon as Aryan entered the building he whooped â€“papa this building is so nice it is bigger than our building; we will stay here. It gave me a blow. I didnâ€™t utter a word. Nirmala managed the situation with her sarcasam. We finished our lunch. Nirmala and mrs swaminathan went to kitchen to prepare some snacks. We sat in the sofaset and had a long conversation. Aryan was busy in roaming every room.

We stood up as a sign of leaving. I said Bye to both of them. Aryan came out of play room with a dancing toy in his hands. That dancing toy belongs to the daughter of Mr.Swaminathan. currently she is with her grandma. Nirmala pampered him a lot but he denied giving it back to them.He ran from his mother and reached her handbang. He opened the zip and placed the toy inside it. I was annoyed with his cheap behaviour. I tried to control but couldnâ€™t . I slapped him and kept the toy on the table and went from there.

All the way through, I recollected all the incidents, I made up my mind. He should be kept on the track of discipline. Discipline is not a bad thing. So the last week of my holidays I concentrated on him.
Three of us gathered in the balcony.

Me: From now everything you do, should be in a disciplined manner. Your home is your next school. Got it??

Me:Donâ€™t call me papa, call me sir hereafter.
Ar:Yes sir.
Ni: He is after all a kid
Me: From now you should meet and talk to our child only after my permission. Im serious about it.
Ni: (nodded her head)

I prepared a timetable for him with four breaks ,each break lasts for 45mins. The remaining time he has to spend doing his homeworks, prayers, studying, learning excercises,yoga. He also should read biographies of great achievers. I gave time to play also. I know this will be a tough thing for him but we get gold only after tuning the gold compounds. No one objected my rules. Both Nirmala and Aryan adjusted themselves to it.

On the last day I was busy in sending mails to team members. Nirmala was packing my luggage. Aryan was doing his homework. I heared a scream, it was my son,he slipped over on the water there. I ran to him, blood all over his elbow n knee, I cleaned and dressed the wounds. He hugged me and said â€“â€œsir..I love you sir! I will miss you sir!!â€

Tears rolled down my eyes. I have nothing to say him. He won me with his love, I tried it by being strict to him. Say with love everyone listens to you. I hugged him tightly and saidâ€”â€œcall me papa.â€