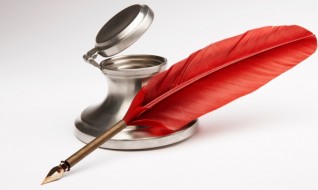 I always had a habit of collecting diaries. But I would never know what to do with or what to write in it. Perhaps now i will be able to maintain a diary of my own.Thanks to writer babu. :)

well hello again. Life is pretty smooth now. Just a month ago I was thinking about the lack of football in my life. And now... it is literally overflowing. Most recently I was in the team representing my college in Fresher's Cup. Its an unofficial tournament organised by Spoiled brats. well though we could only go as far as quater finals, this tournament has inspired me for more. Then I was able to impress my seniors in the trial for inter-departmental football team. The practice begins from tomorrow. Also me and my friends in our locality have decided to form a football team. Lets see how far that goes. Rest everything is fine. Home is surprisingly a little more peaceful now than it was before.
Truly speaking this football has the potential to bring out the best in me. I am the happiest while on the ground. i really wish something fruitful comes out of this effort.

Begin Class 12. The most important year for our career. My parents never could emphasise this enough for their satisfaction. Neither could my teachers or relatives for that matter. But things went on in their own pace. Though, I had slacked off a bit in my studies. Most of the exams were going crap but none of those tests really mattered. There's this good thing about class 12 academically that only the boards matter. Rest of the test were next to waste of time. Anyhow the sticky mess that got me in the end of class 11 made a comeback at the end of july in class 12. But this time it was stickier. Long story short- I was suspended from school for August. Without any second thoughts that suspension was the lowest moment of my life till date. My parents were ashamed of me and I missed a monthly test (not that it mattered). Spending so many days at home was really difficult. Neither could I study during that period. I somehow managed to hold on and survive everything. Also I resolved to get everything back that once belonged to me.
After the suspension was over, returning to school was a lot less troublesome than I had imagined. I have to say that I was taken aback to see that nobody's attitude towards me had changed a lot. It was already september and the most important exams of our lives was coming nearer everyday. As the days went by everybody got more serious toward study. I found my old willingness to study back and I tried to utilise it to the most. But In Spite of my renewed efforts, tests at school continued to suck. And then came March - the most dreaded month of the whole year. However my efforts finally paid off and the class 12 boards were pretty decent, some little less than the others though. Then first came JEE mains. It was a complete shipwreck. The only lifeboat now was WBJEE, which incidentally was postponed for two weeks, giving all of us a full month to prepare. But lethargy consumed most of the month. And before we could realise WBJEE arrived. However it was not so dreadful as everyone thought it would be. And though not good, I managed a not so despicable rank. Then at counselling I got Electrical Engineering In St Thomas - a well reputed college in kolkata. And now I am an engineering student.

I am writing after a lot of days. Class 12 can really keep you busy if you are serious about it. Anyways a lot has changed since i last wrote. I now go to a Engineering college - St Thomas college of engineering and technology. I have opted for electrical engineering as my stream.
I have been living in Howrah for almost 4 years now and have grown quite accustomed of my life here. Things became a lot more easier after class 11 started. I was no longer an alien in the heard at school. I had made some really cool friends. Also I had managed to score decently in class 10 boards. But the best part was joining Sudipto sir's chemistry tuition in our locality. It was a game changer. Now I knew people near my home and because of that football made a comeback in my life. To be honest playing football was always my passion and in Bokaro me nd my friends played it very seriously. But moving to howrah meant no football and that left quite a big hole in my life. Anyways thanks to Sudipto sir, i was getting good in chemistry and quite popular too. In school i was named the captain of red house.
Things were going on pretty smooth until it all went away in February. I cannot write every detail here but I had fallen in a sticky mess. Many of my school friends were estranged and I was removed from the position of captain of my house. I lost my reputation completely at school. However I recovered some of my pride by scoring second highest in the annuals.

I used to do all my homework and also some extra work too, as we had not brought all of our furniture from Bokaro yet. We had an old radio which was our only recreation apart from newspapers. As a consequence of this I was soon known in my class as a genius. It made me sick. Only if the other other students had known that finishing your work on time was no sign of a genius.
After "genius" passed, I was the geek. I cared the least about these. But my regularity had earned me a good reputation in the staff room. Teachers started to appreciate me.
Until the summer vacation after a month, my daily routine was a carbon copy of itself. Wake up T 4'o clock in the morning, catch a bus, go to school, survive 7 hours and return home. I seldom used to go out as I didn't knew the whereabouts of this place yet.

This is the first time that i am writing a diary. So i should start with introducing myself. My name is already known. I am a seventeen year old boy who lives in Howrah. I am promoted to class 12 but the classes haven't started yet. I read in Indira Gandhi Memorial High school. we moved in here a couple of year earlier. Before that we lived in Bokaro Thermal, Jharkhand. My dad had a job there. I had grew up in Bokaro. Though i was actually born where i am now, that feeling of familiarity which one immediately gets when he is at home, never dawns on us here.
My dad works in a public sector undertaking called Damodar Valley Corporation or simply D.V.C. . My dad got transferred to the kolkata head quarters in September '11, while I was in class 9. And as a consequence i change schools in class 10. It is not quite natural to get a new school in class 10 as students are already registered to give the board from their respective schools in class 9 itself. So after a lot of hustle I finally got admission in my current school. There was one catch though. It was 30 km away from my house. And everyday I go to school at the expense of a 60 km and 4 hours of journey. Quite naturally everybody felt pity for me and concluded that i would not be able to carry it off. Well, they concluded very soon.
I had made up my mind that no matter what happens I would not give up get a decent percentage in my class 10 boards. I just wanted to show everybody who ever doubted me that how less of my capabilities are know to them. I made up my mind that I would prove everyone of those fuckers wrong.
It was not easy though. Such long journey in public buses that too in Kolkata takes it's toll. My friends and teachers at school would be shocked to hear it. Most of them looked at me like I was some kind of alien on a mission to capture this world, or that school maybe. I tried my best to turn a blind eye to those out of the world reactions and keep to my work. As the days went by i grew more accustomed to the life here. Friends were scarce save fellow new students in my class, who even if only by a small fraction had one thing common with me.