5 Hill Stations to Chill near Delhi 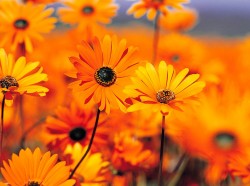 Where to go to get the sense of pure nature if you are in New Delhi or nearby? Delhi is known for its urban aura and metro culture but there are many beautiful destinations where one can go and chill with friends and family either during vacations or weekends. There are plenty of options when it comes to choosing amongst weekend getaways from Delhi. The Indian capital's proximity to the Himalayas means that there are many hill stations offering a much-needed escape from the bustling streets and soaring temperatures. The picturesque snow-laden peaks and the charming hill towns nestled amidst them provide a perfect respite from the scorching heat. Whether you're looking for a relaxed stay in a comfortable as well luxurious cottages overlooking high-on-adrenaline paragliding experience these long weekend getaways from Delhi will enthrall in you in every way.
Here are the best five hill stations to chill near Delhi:-

KULLU
Nestled in the Himalayas, Kullu is a valley gifted with nature's charm and scenic beauty. Splashing rivers, water streams and lofty mountains with finest of slopes make it a place perfect for adventure sports. It has numerous temples and is therefore, called the “valley of Gods”. Celebration of Dussehra is in itself a prime attraction of the valley attracting many tourists every year.
Thanks to its surrounding snow-clad mountains, river valleys, thermal springs and laidback vibe, KULLU is a popular getaway, located 600 km away from Delhi. Its widespread appeal draws everyone from adventure sports enthusiasts to families and couples to laidback backpackers.
Few Spiritual attractions of Kullu are highlighted below:

1. Raghunath Temple
One of the prime tourist attractions of Kullu is the Raghunath Temple which is dedicated to Lord Ram, one of the most important deities of Hinduism. This temple was constructed by Raja Jagat Singh in the year 1660 to ask for pardon for his sins. The king got an idol of Lord Ram from Ayodhaya and placed it in this temple.
2. Hadimba Temple
Also known as the Dhundri temple is a temple made out of wood and stone. Constructed in 1553, the Hadimba Temple was built in honour of Goddess Hadimba, the wife of Bhim from the Mahabharata. The walls of the temple are covered with woodcarvings and on the month of May each year, animal sacrifices are carried out here for the three day Dhungri Mela.

DHARAMSHALA
Best known as the base of the Dalai Lama and an important centre of Tibetan culture in India, Dharamshala is a small hill station located 475 km from Delhi. It lies on the spur of the Dhauladhar range high up in the Kangra Valley in Himachal Pradesh.
The main attractions of DHARAMSHALA are highlighted below:

1. JWALAMUKHI TEMPLE
A nearly two-hour excursion would take you to the famous Jwalamukhi Temple, dedicated to the Goddess of Light. There is no idol to worship as such in the temple. Rather a constantly burning blue flame, emanating from inside the rocks, is worshipped.

As you drive from McLeod Ganj to Forsythe Ganj, St. John's Church lies in between. It also houses the tomb of Lord Elgin one of the Viceroys of British India.

There are many temples and monasteries in the area. Apart from these, there are numerous Dharamsala attractions that are a must-visit for tourists. Some of the major attractions of the hill-station include the following:
• Kalachakra Temple,Kunal Pathri,Machhrial and Tatwani,Dharamkot
SHIMLA
Characterized by spectacular views of snow-clad Himalayas, colonial buildings, and picturesque walking trails, this hill station is situated 350 km away from Delhi. With plenty of tourist attractions around, it makes for an ideal long weekend getaway.
The main attractions of SHIMLA are highlighted below:

1. Jakhoo Hill
Jakhoo Hill is located at about 2 kilometers from Shimla, at an altitude of about 2455 mtr above sea level. Jakhoo is the highest peak in the area and offers a great view of the magnificent Shimla. There is an ancient Lord Hanuman temple at the top of the Jakhoo hill and can be easily reached from Ridge near Church by walking for at most an hour. You can also hire a pony or a taxi to go to the Hanuman temple. But if you prefer mountain climbing you can do that also.
2. Summer Hill
Summer Hill is located at about 5 kilometers and is placed at an altitude of about 1983 meters above sea level. Summer Hill is a beautiful township and a nice suburb on the Shimla-Kalka Railway line. The Father of Nation, Mahatma Gandhi had visited Shimla and lived in these quiet surroundings at the elegant Georgian House of Raj Kumari Amrit Kaur.
The temperature during winter is very cold and freezing that you cannot see people outside. At other times the place is pleasant, particularly during summers; even then you might need woolen clothes and accessories in the nights.

DALLHOUSIE
Situated at a distance of 580 km from Delhi, Dalhousie is a quaint hill station perched at an altitude of 8000 ft, and sprawling across five hills at the foothills of the Dhauladhar range in Himachal Pradesh.
Few attractions of DALLHOUSIE are highlighted below:
1. Panchpulla
Panchpula is located at a distance of around 3 km from Dalhousie. One of the famous picturesque spots in the region, the word Panchpula means five bridges. It is the place where a descending stream pours into and feeds several pools.

2. Chamera Lake
The Chamera Lake, located in Chamba District, is a popular tourist spot of Himachal Pradesh. Located at a distance of 25 km from Dalhousie, at an altitude of 1700 m, Chamera Lake is a reservoir formed by the Chamera Dam.
MUSOORIE
Often called the ‘Queen of the Hills’, this British-era hill station lies at a distance of 280 km from Delhi, and is a favored vacation spot for everyone from honeymooners to families.
1. Camel’s Back Road: - The place offers a picturesque view of the sunset and a life like resemblance of a sitting camel. One can also enjoy long walks and horse riding here...

2. Gun Hill :- One can enjoy a thrilling ropeway ride to Gun Hill, the second highest peak of Mussoorie(2122 mts). The peak offers a panoramic view of the Himalayan ranges.

3. Kempty Fall :- 15 kms from Mussoorie on the Yamunotri Road is the most fascinating and the biggest water fall, Kempty located in a beautiful valley of Mussoorie.