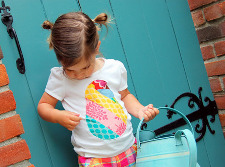 In the walk of life, we happen to meet many people. And out of them all, some happen to leave a very deep impression on our mind. No matter how hard we try to take them out of our system, they don't...they stay attached to us... Infact, they turn to be the strings of our heart...strings that bring rhythm to our life.
It was somewhere in August '12 when I first spoke to this girl. Simple, open hearted and charismatic. She was a damn cool girl with the least worry about anything damn on this globe. With time, I came to know her better... Full of attitude and stubborn like a kid...I was secretly admiring her.
I was a guy who was just too busy in his own world...selfish and moody! All single and lonely...infact, I was enjoying my loneliness. I was a student who never bunked a single class!
Last week of August...2012. It was afternoon and the weather was awesome. I went to the canteen for lunch. I was late and found myself almost alone in the canteen. And then my eyes saw this girl sitting at a corner with her friend, drinking her coke. I came to her with a "Heyy!"
She smiled back.
I asked, "No classes ?"
"Yeah we have. We just wanted to sit here and enjoy the rain. Sitting here is obviously more intresting than sitting in the class for a boring lecture"
"(hahaha) Okay. So you guys often bunk classes ?"
"Naa not really. I have an attendance of 58%...which means I have attended more than half of the classes. Oh my god! I don't believe it!"
(I was really being entertained)
That was the first time I bunked my class in three n half years of engineering! I sat with them for the next one hour.
This was how it all began. I was a guy whom you generally don't find with girls (within the campus)... I usually have better stuffs to do than passing time with girls. And here was she...always out of the class, surrounded with friends, and still enjoying her life to the extreme. We met. We became friends. We became good friends. And gradually, we became so intimate that there was not a single day when we didn't text each other. I remember how terribly I passed those days when we had a ban on bulk sms!
It was November '12. Exam time. Placements time. People around me were either talking C and Java or rehearsing HR rounds. And here was me...lost in dreams... But then something not-very-good happened and I was back to reality. Somehow completed my exams and faced my first job interview. Stars were favoring me and of-course, I had put enough efforts to get myself placed. We were in December now. People say winters bring ill health and dullness. To me, the winters of 2012 brought cheers n memories worth a lifetime...

Sign In to know Author - SASWATKUMAR DASH
Spread the word ...