A Missing Word Spoilt It All! 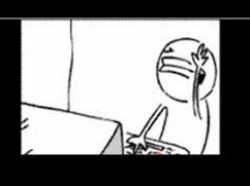 It was the 10th of June, 2012. A friend of mine had come with his friends to a Mall near my house and had called me to meet him there. As I came up the Escalator I saw a girl with straight hair wearing a pink checked shirt and black jeans. She had chubby cheeks which made her look even cuter. She was talking to a guy. It was Sahil, my friend. We greeted each other and he introduced his friends to me. And that girl in that pink top was his Best Friend. Her name was Shanaya. She did not look too interested in me but I could not take my eyes off her. That cute face, that smile…… “What happened?” said Sahil who had seen me staring at her. “Ahh. No..Nothing" said I. She asked me to take a picture of her best friend and her. That was the first time I heard her voice which was even cuter! The Mall had a big mirror near the Verandah and we decided to take a group picture there.
Though I am standing behind you in the picture today, I will click a picture with you beside me some time later and will soon make you mine, I thought. She was complaining about a guy who had been stalking her for some time and kept on complaining about him. Umm...Attitude, I thought . Ok... She has attitude... One of the qualities I hate the most in girls. But she is cute.. Actually one of the cutest girls I have met! Though I found her to be a girl full of attitude, there was something about her which could not get her out of my head. It was the first time I had shown interest in somebody. And maybe she wasnt the way I thought she was. I went home and typed.. Shanaya Gupta. And there I got her profile and sent her a friend request with a personal message:
Hey.. I am Ishaan, Sahil’s friend. You looked cute today and don’t worry, I will be stalking you like other boys.
I waited eagerly for her reply. Finally she replied in the evening:
Thank You. But please don’t flirt with me. I don’t like it. And I hate stalkers!
What? Flirt? I did not intend to flirt with her. Whats going on? I rechecked the message that I had sent her. Shit! I wrote that I will be stalking you instead of I won’t! Damn! And a
Missing word spoilt it all...!!