A Quest With Pain - Chapter 1 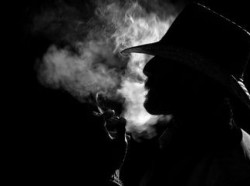 Intro- This is a fiction and all characters and places are imaginary. I have written this with interest. I want this story to be interesting. After reading the first chapter, whoever read so can provide me inputs and also can suggest me on to how to continue it further. Hope you have good time reading, it is the first bit :)

31st December 2011, Veer Nagar
A 36 year old woman was murdered. Her legs were tousled and thorns were planted on her hands. She was shot on head with a 4 mm gun. Her body was floating in the nearby lake, Lake Green.
30 kilometers away the Lake Green was a small church, Unity Church. It was a small square old building. Old as it was. Inside was David. There was a strange sense of happiness and guilt in him. He was free from his sin now. You are nothing but the will of the great god, his master used to say.
It was sensible hall. A statue of Jesus was in the middle where everyone prayed. David was in the prayer position. He prayed to the great Jesus for he was always indebted to. â€œForgive me my sins; I bow before you, Amen.â€ He said slowly and stood up.
On the right side of the hall was a small box, he moved towards the box and opened it. There was diary in it. It was rugged and old. He patted the dust off. He was startled, the first page of the diary was written in blood. It was;
Behind every thunder, there is a monster and the only hope of salvation of that monster is destruction.