A Quest With Pain- Chapter 2 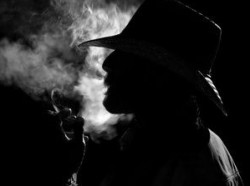 1st January, 2012, Mirajpur
A 42 year old man was murdered. He was shot at the chest with a 4 MM gun. His head was twisted and his fingers were cut. Thorns were planted on his foot. The manâ€™s body was found floating in a lake, Dove Lake.
15 Kilometers away the Dove Lake was The Lord Shiva temple, which was built in 1590 by the near devotees. It was an open temple with no doors. The doors of the lord are always open to you, his master used to say. The great gold statue of Shiva was surrounded by a straight rectangular glass. For the god needs protection too. David was sitting inside, meditating. â€œForgive me for my sins, I bow before you,â€ he whispered slowly.
In the left corner of temple hall was a wooden box. He stepped near the box and leisurely opened it. He found a diary and scanned the first page. He was not surprised to find out that it was written in blood. It had;
It is the will of the god; he is the one who sent you, to obliterate the one who spreads hatred.