A Quest With Pain- Chapter 4 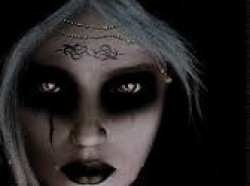 3rd January, 2012, Shahpur
A 16 year old girl was brutally murdered. The girl was shot one time on the head and two times on the chest. Her legs were twisted and thorns were planted on her palms. She was floating on the lake, Holy Lake.
30 Kilometers away Holy Lake was a big bungalow. David was inside the bungalow. The huge bungalow was of his master, the master of all. The room were David stood was dark, in the darkness he was unable to make out where his master was. He was happy because he was pure; he was of his sins. He was anticipating for this moment. Now I am free, he thought.
Sometime passed and then;
He felt cold suddenly, and then the pain followed. He was hit on head by someone. He wondered who could hit the son of the god. Blood was oozing out. He felt still and became unconscious.
The light in the room grew and the master stood there smiling and with a sharp grin. He was Sinless now.
He spoke, â€œThe will of the god is pleased.â€