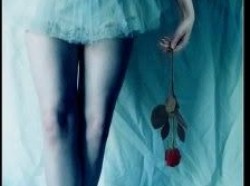 It`s not crazy those, who ate the cake (banitsa) but those, who gave it to him.
This folklore saying in my country is example of what is meaning stupidity. We dont ask this question so many times, because in our every day life often we "mark" as stupid some actions or people, who are simply "naive" or just not mindful. But stupidity means a real looking at the "surface", when someone is stupid, he is hollow, empty from inside..not filled with anything essential. He is easily led by others in anything, he can change his principles, (not just his decisions), he is without roots and fruitless. That`s the most important. Sadly fruitless are around 70% of the people in any country, and that`s too much. They have so grey life, under grey sky, grey nature, grey blocks.Most important their existence look like regime of a robot. Wake up, work, eat, buy food, -eat -make sex -eat -sleep -wake up -...so on. One cycle, without beginning or end. And the end of it is only and only when they start to ask. A single question why" why is that all, is enough to open the door of mind. What we dont see and dont understand. the society is a fake organism, full of illness of "prejudices" and a bad smell. That smell is felt even in the space and our planet is ill from it. Feel it now, realize it, observe it!
The television is one of the "masques" and the program for "zombie" effect of masses; not religion (as before) but television.
Another fake mechanism to keep us" quite sheep" and subordinated, blind and in chains of our own "mind" are: newspapers, banks, money system, fashion, work. Then we are disappeared into the blank spot of meaningless existence. No light, no colors. just blur grey.
What do you see from a harmful and increasing stupidity programs, created by the smart Americans (wow) - Big Brother, X Factor, Star Academy, so on bullshits. I feel nothing but sadness not for people who created them, seems they know what they do, but for people who even take part in them to show their essence of animals, and people who watch them quietly from home and sitting in sofa...They are the same as a hippo inside his muddy swamp. (even i love hippos in animation movies -I want to make this mark for my love too). Think well where is the progress in such shows, realities and "programs" ,where is the aim, where is "reality" ? Think well and start a new page of your life, free from "daily beer", daily sandwich, saved from one week, daily cigarettes and daily work, daily news, daily mud, nightly "..." movies. Breath and throw the garbage in its place, please!

DR SACHIDANAND DAS
I think this percentage of stupid people is more in the most affluent countries because they are conditioned not to think. But the important thing is that they are the ones who nominate persons and parties to rule over me.
October 17th, 2014
DR SACHIDANAND DAS
Very well said by the writer.
October 19th, 2014
Author
thank you very much!
October 19th, 2014
Login to comment
2   ·   2 feedback ( rating and remark )
You can also write on WriterBabu. Know More.