An Alien Hand- A Last Letter Of An Eighteen Year 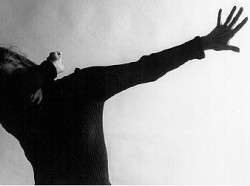 Hi I am Neha; I lately turned 18 years old. I used to be a normal girl. I had my friends circle, a good one. Priya was my best friend; I used to share everything with her. We were best friends forever. I live in a small town. People here are conventional, they believe others more than their own, mean but it is a fact. Everything was perfect â€˜til seventeen. I went out with my friends, played, enjoyed and did all the things that any normal girl of my age would do. I could not have asked for more, my friends thought that I looked beautiful, I knew that Rahul had crush on me. Even I too had it on him. Everything was pitch perfect 'til this happened. It was like a bumper in the road, a pause while play, a bad weather that ruins a day.
It was during the twelfth board exams that I realised everything was not fine with me. I had chemistry paper and I could not write more than a sentence. There was this strange sensation in my right hand. It was stuck, I dripped but I managed to complete the paper, I sighed. I did not know the worst was to come.
The same night I had stark headache and I fainted. Later I remember that I was in hospital, doctor said that it was just a minor headache due to illness and exam stress. This gave me a little relief but I donâ€™t know why time to time I was feeling uneasy as if something bad was going to happen.
Three days later when I was sitting in the near cafeteria with Riya and Raj, a sudden pain in my right hand started to occur, in no moment it started to move in its own directions, straight, round, and whatever way it could. I could not believe it. My hands were making weird gestures without my control. It seemed as if my hand belonged to some another person, or as if it had a mind of its own. It was beyond my control. My right hand picked the coffee cup and it threw right to the face of Riya, she was hurt and angry. I did not mean anything. She screamed, â€˜Are you out of your mind,â€™ and left with Raj. I sat still, tears rolled down my cheeks, what was happening to me?

News spreads fast, but in our country it spreads like a fire. People here come not to console but to witness, my relatives were like, â€˜ beta dikhao kaise hilta hai tumhara haath apne aap.â€™ (Show us how your hand moves by itself) I felt like shit, as if people have come to watch a show.
I felt dizziness and strangeness, my hand was directionless. My dad tried to make me feel easy by saying that everything will be alright. But somewhere deep down I knew that everything was not going to be alright.
Some people suggested him to check me whether I am possessed or not. An utter bullshit, I was possessed. They, the one who came looked at me strangely as if I was going to do something to them. I could not believe that my parents wanted me to show some baba, I was sad because they believed in utter nonsense of people. They never asked me how I was feeling, never went in to it, just decided and thatâ€™s it.
My friends group never came because their parents thought that there child would come to be affected by me. Priya never came and I donâ€™t know why, and I have never met her since. Was my friendship meant so small to her, meaningless?
Months passed and finally my parents decided me to check with a doctor. The doctor who looked pale wasnâ€™t surprised. He said to my parents that I was suffering from Alien Hand Syndrome, a rare neurological disorder that causes rare and unusual hand movements without an individualâ€™s awareness. My case was a non-purposeful and to add to my woes there was no treatment for it. I guess I had to live with this life long. There is a remedy; I have to always hold one or the other thing in my right hand so that it is distracted.
I am doing it so and probably that is the only way to stop.
A year has passed, there is a little improvement. But it is of no importance, it wonâ€™t matter to anyone, because whatever it is people will still consider that I am possessed. It is funny but true. My parents are devastated for thinking about my future.
Is this thing going to stop me, no, I will rise and show the world the real power. It is not vengeance for this I canâ€™t blame anyone for what has happened to me. It is just to forget the pain, live and love.
There is still a sensation in me; I am off my normal behaviour. I have no control over my movements; my hand will always act anonymously.
My hand has a spirit of its own and I am proud of it.
I donâ€™t have any idea and forget the above things I wrote about rising up and bullshit. This is my last letter and the only thing I see now is a fan with a cloth hanging. I am going for itâ€¦
I am nowhereâ€¦.
Yoursâ€¦
Nehaâ€¦

Tags: Syndrome Story
Sign In to know Author - DAVID .A
Spread the word ...

JYOTI GUPTA
Oops David, you had scared me. I had to take a poll to know who was the writer actually.