And there she goes.....the obsessed Fangirl!!! 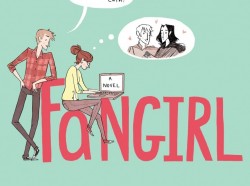 So today I am going to write about something which apparently didn't hold any significance just a few months back. It was a term or a concept which just existed, and yeah that's it, it just existed and nothing else...

Some time back I had read this tweet on twitter by some celebrity saying that fan girl-ing should be a profession and fan girls should be paid. I just snorted and scrolled down ignoring it as a silly tweet. But you see in a few months I became obsessed with a boy-band and fangirling, officially became my profession.

Fangirling is not just about bands, celebs, actors; it is also about books, novels, series, television seasons. It can be any type of fangirling. But my fangirling is literally about music boy band. Over the years I have become an obsessed fan of what not, take movies, novels, tv seasons, celebrities but eventually the zeal, the excitement vanished. So I thought the same would happen to my new-found love for this music band but it didn't.......and that is where the problem started....

Almost every waking hour was spent searching for their photos on Google, downloading their songs, laughing on their trolls on Facebook and reading their backgrounds on Wikipedia. You would think eventually I would get bored of all this and leave it...yeah that's what even I thought. But somehow the craze for this band never died down. It just increased more and more. Even during my final exams, after learning every two lines of a paragraph my eyes would drift to my phone and my fingers would fiddle with the mobile's keypad and the search button would be hit and I would be staring at the beautiful or rather handsome faces of the boy-band.

Fangirling is like a second nature to you. It comes instinctively to you. For example, whenever you meet a person and discuss about their tastes in music, your conversation always seems to zero on the band's songs. And if you find another fan like you......you are surely in for a treat. You start believing that you know everything about them and you consider them as a part of your life. As silly as this idea seems, but it happens in reality. It is said the more you talk about a person the more you fall in love with the person. According this saying, I am already too deep in love with them. It is as good as being drowned.

It is something which gives you happiness. You like to see the photos related to it, you like to read quotes related to it and most importantly you like, in fact , you love everything related to it. You rejoice when they hook up with some good girl, you feel like murdering the same girl when they suffer a heartbreak. You follow them on twitter, tumblr and what not. You wait for their tweets. You tweet them in hope that some day, some time, and in some lucky hour they will reply to your tweet and follow you back on Twitter. You drool over their images and swoon when you hear them sing better. It sounds creepy, it sounds clingy and maybe it sounds desperate but it is the ugly and hard truth...........that fangirling does exist.

You pretend that sometimes you know them better than themselves......So this is Fangirling...It is not necessary that you fangirl about the best thing or person in town..if it makes you feel connected with them....and if its perfect for you...no one can stop you from obsessing about them.

The music band I obsess about has been termed as 'childish' 'non-sense' and 'not up to the mark'. But this never let the fangirl in me to be discouraged.

And I am not the only one...while I may be at the first level of Fangirling but some seem to be beyond that........A girl posted 60,000 tweets for the same music band I obsess with. Can you believe it?....Now that was really overboard....but it is true.

P.S. This post may be not that great and a bit unusual but I think it was worth writing.


Sign In to know Author - TANVI KAUR
Spread the word ...

DAVID .A
I am a fanboying, and I obsess on many things too, good write up :)
April 18th, 2014
Author
Thanks David!
April 18th, 2014
DEBJANI CHAKRABORTY
had this grl on friendlist constantly posting abou 2 states the movie... she got me so pissed off that i had to unfollow her ....
I understand it is good till a limit.. it is when ppl go overboard that it is irrritating... intresting topic to read and well written :)
April 18th, 2014
Author
Hahahahaha.......yeah I agree with that....till a limit everything is good.......and thanks!
April 18th, 2014
Login to comment
2   ·   12 feedback ( rating and remark )
You can also write on WriterBabu. Know More.