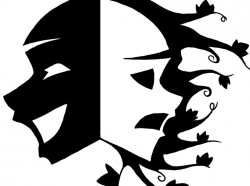 "Never judge a book by its cover."

Many of you must have heard this saying a zillion times in your life. But how many of you have actually tried to apply it in your real life????......Well, I can guess is a very few of us.
Recently, a post by one of our fellow Writerbabus had me involved in a heated argument with the writer. The write-up was a subjective piece, but it made me wonder how many of them think like the writer?...Of course he was among the few who penned his thoughts but all do not express their thoughts in the same way like he did. Some of them apply them in their day-to-day behavior as a medium of expression.
And in those some of them, as unfortunate it is to say, I include my myself too.

I still remember the time when my college started, I met all kinds of people but made friends with a few. I had this friend whom I always kept a distance with. She had a weird haircut, her dressing style was quite something, she used to be always around boys and the way she spoke was very blunt and straightforward and not to forget she belonged to family of rich lads. And so I had this typical image formed in my mind about her, I had already pinned her for a type. But things changed when I started communicating with her more, I realized how good of a person she was. She was blunt but she was honest. And her dressing style, her status, her looks or even her make-up paled into insignificance when I was able to see how wonderful her inner self was. While on the other hand I had a friend who used to apply minimum makeup, dress appropriately, study well but was ready to step on others if necessary and was secretly selfish and dominating. Her outer appearance was the epitome of " two goody shoes'' but her inner self which mattered the most was not that great.
So you see judging someone by the way they dress or apply makeup is not right. And this is not some philosophical book stuff but this is from my own experience. I have been judged upon as well. Since I am a nerd, I was pinned for reading only Tolstoy and Shakespeare and to be socially awkward ( many people have this notion that nerds are socially awkward), I basically had no social life and my life revolved around books and since I am a bit cute looking, they literally pinned me down for being very cute, polite and sweet. And in reality I am an egotistical, control freak, adamant nerd and my politeness is inversely proportional to the level of your rudeness with me. And there goes their painted portrait of me down the drain.
Just because a girl wears short tops and shorts she can't be branded as a "slut" , maybe you can see that as her way of expressing herself not to others but to herself. If she applies make -up doesn't mean she wants attention, maybe she does it for herself . All in all, a person is defined by the character, personality and behavior he/ she holds and not by the dresses or shoes or bags they carry. It is true no one falls in love with your personality at first sight, but are we asking for people to love us at first sight?.....I hope not because it is proved you cannot make everyone like or love you. So it is better to make that person like you who matters the most and that is YOU.....YOURSELF...and not some third person.
Well this is not only prevalent for girls but also for boys. I had this classmate who was a model of perfection in everything be it studies, be it debate, be it speaking , be it obedience, sincerity or punctuality. Every teacher adored him. But coming to personal levels, he wasn't that great. His communication with you will only take place if you are benefiting him in some way, if you contradict his way of thoughts you are sure in for some deep trouble. On the other side, I had another classmate who on first look gives you the image of richie rich, lazy, mischief doer, cheater cock and a jerk; but it was him who made a crying classmate smile on our first months of college even though he barely knew her, he accompanied the girl- he -likes-the least, all the way from college to station just because she was alone and want of company.
There are some small acts which we do because of the way we are made inside, that makes the bigger perceptions on our outside seem unimportant and trivial. People are like books, you cannot judge them on how they look but you need to read them in order to understand them. Judging is something which should be held back and instead understanding should be encouraged. All of us are different and therefore we might find difficulty in UNDERSTANDING each other. There you see we seek understanding and not judgement.