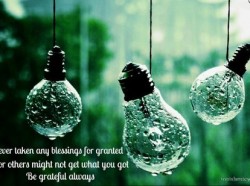 In Arabic the word for angels is : Mala`ikah, for angel - malak, they are described as Heavenly creatures,
made of LIGHT, who are messegers to humans send from Allah.
important features of mala`ikah are :

they have NO free will (only obey to the will of Allah)
they are made of LIGHT;
they have various positions and tasks about humans
The most important and known angels in Islam are following :
JIBRAIL (Gabriel) - The high archangel, who communicates with islamic prophets and Muhammad (pBUH), He reveals the holy Quran to the prophet. also he appears in front of Mariam, mother of Jesus , in form of "respectful man".
ISRAFIL (Raphael) - angel, responsible with blowing the horn in the Judgement day (YOM AL QIYAMA). he should blow it 3 times; the first time will be to turn attention and make humans prepare; second time will end the life & the 3th time will bring the life again, in order to gather all in fron of ALLAH.
MIKAIL (Michael) - angel, who provids nurishment for body and soul. he is responsible for bringing rain and thunder, and it`s also angel of MERCY.
AZRAEL (Azrael) - is known as Malak al maut - angel of DEATH. he take apart soul from body of humans.
Another important thing about angels - they can`t be seen. they are only messengers of Allah! But they can take human form!
acc. to Quran angels can not disobey Allah ,so there are No Fallen angels! Iblis is accepted as jinn and not fallen angel.
ANGELS CATHEGORIES:
angels of Seven Heavens;
Kiraman Kitabin (Honorable Recorders) - they stay with human and record his good & bad deeds during his lifetime! Raqib (records good) Atid (rec.bad).
MU`AQQIBAT (protectors) - they keep people from death until time comes. and bring blessings.
angels, who pull forcefully souls of wicked.
angels, who take carefully soul of blessed.
angels, who distribute rain, snow, storm by gods command.
angels, who carry the thron of Allah - as seraphims in Christ.
Angels of mountain.
AHRAM - angel who gives spirit to the baby in the womb.
MUNKAR & NAKIR - question dead people in their graves.
DARDA`IL - travelers who search the earth for groups of people, who remember the name of God.
Angels ,who watch over the order in nature and living beings.
RIDWAN - angel responsible for Jannah (Paradise)
MAALIK - angel responsible for Jahannam (Hell)
ZABANIAH - angels who torment sinful people in hell.
the element of the angel is LIGHT, of human is CLAY and jinn is made from....? PURE FIRE.