Are We Slow Reactors or Are We Hypocrites!! 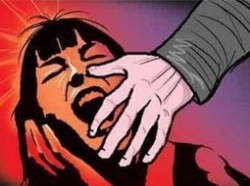 An Opinion on the Current Situation of Women : Is it Hypocrisy or Lack of Laws and Preparedness?

There has been a whirlpool of thoughts that has been going on in my mind for the last few days. On the contrary, this time it has been a unidirectional flow. What I am going to try is present an opinion on the shameful incident that happened in our Capital recently. For quite some time there has been talking going on in hushed whispers about the need of the hour to make the modern Indian cities safe for women, and mind you I am not even going to the social atrocites being prevalent in the rural and semi urban and other urban Indian cities, poor female literacy, female foeticide, honour killings and trafficking just to name a few. Coming back to the main issue at hand there has been a rise in the crime graph against women and there has been a free bull run of it moresoever since India became Shining.

What is it that is preventing the largest democracy in the world to bring to justice the perpetrators who indulge in all sorts of crimes against women, kidnapping, trafficking, Rape, sexual assault, dowry related and the list goes on. We are a young nation obsessed with social media, just go the official website of National Crime Records Bureau (NCRB) and you will be greeted with appalling figures of all these crimes against women, and what is more shocking is the conviction rate in these cases, abysmally low, 26% in rape cases just to give you an idea of The Big question which stares the judiciary, the bureaucracy, the politicians and most of us, to all the citizens of this society The question that the fairer sex is asking out loud now is “Why” me? Does anybody have an answer ? Alas No!!!

It is a social stigma whenever an atrocite is committed against the fairer gender. The values on which our society is based is more important for all these people who feel that an individual does not matter when there is a larger pool to look at, how wrong they are because it is this same very individual who contributes to the well being and sustainability of the society.

I want to highlight the dubious nature of our society which on one front worships the Goddesses and asks for the well being of their own family members, cries out for equal opportunities for women in all spheres of life, make them managers of home but when it comes to protecting the daughters of the country we are a complete failure. I ask why? Is it not when in the pledge that we used to so happily sing in the chorus during our school days that “ All Indians are my Brothers and Sisters”, and what have we turned now, a weak link in the chain of events. Why are we so helpless and do not raise our voice against the crimes against our own sisters. Why is it that it has taken innumerable unaccounted rapes, suicides by the victims, final nail in the coffin being the horrendous , the heinous crime on 16 December to wake us from our deep slumber and make a noise against what is going on in our country?

States like Madhya Pradesh and Chhattisgarh tops the list in the maximum number of rape cases against women, but when it comes to the Metropolitans, Delhi comes second to none, and in a very recent article in a leading national daily, people across the country voice the same opinion they will let their daughters and sisters to settle anywhere but Delhi.

Is the situation that bad? Yes, it is, we have a ladies coach in the Delhi Metro and still they are not safe. The corporate have made it a mandate that no female staff is going to be dropped last, and there is mandate that a male colleague needs to drop her safely. But the question still looms, the authorities can deploy police, make rules, enforce them, but how can we change our mentality for women.

Imagine the hypocrisy of the Indian male, there is not a moment when a group of guys will not admire a beautiful girl, the guys with some etiquettes will not pass a lewd comment loud nevertheless participate in the banter, and the guys with a little less etiquette will pass on lewd comments which take the form of eve teasing, blame it on the hormonal reactions of a straight guys but this stark reality is the harsh truth, and I dare if a teen guy or a young guy debate with me on this point. The organizations have put in strict rules for its male and female employees, but the line is so thin that when are you on the other side is seldom known to either of them. So is the blame alone on the guys, alas no, the other gender in the name of freedom sometimes do not make a line and the problem lies partially there. A male politician may say to ban skirts in school and colleges, a female MLA says the media is overplaying the conversation between a client and a worker, police saying that its not a genuine case but mostly a case of consensual sex gone sour due to some issues. Wow, what a myriad of reasons to actually downplay the criticality of the issue at hand.

You are in a candlelight march of a person who is fighting physical and mental trauma, and what does one guy say to the other, “Dude check out that girl”, is this the respect we show towards women. If you think, I am making this up, absolutely not, but this are the exact words which was narrated to me by a female friend of mine who was there at the march. So people have tried to gain political mileage from the current scenario, hooligans have turned peaceful protests into protests of violence, but the basic respect for the girl who lost her fight was seen missing in some mean souls who wanted a platform to realize their personal means.

What is the solution to the problem, put the whole onus on the government to bring out tougher laws and take stringent action and bring to justice the perpetrators of such kind of crimes against women. For the people what is needed is do not mark it as a social stigma but participate in the fight against these crimes. For the government, bring out hard laws for crimes against women, the last but the most important for the young men and women, women to be on a little vigil both when out on streets and in the comfort of their homes, the young men to respect women and put up a strong fight along with the fairer gender to put a stop to what is completely unacceptable as an society and more importantly as an individual.

Let not incidents bring us into actions rather let the actions stimulate us to provide a place which is not only safe for women but make them feel as an equally important part of the decision making process of our society.

It’s “ Better to be Safe than Worry”.

P.S. Neither am I a columnist nor a male chauvinist, on the contrary I am a regular guy who has written this opinion straight from what came to me.

GARGI JOSHI
Well said. Change should come from within the society. The people, the government, the police should work in unity against the bad element in the society. our education system should be reviewed. if the problem needs to be uprooted altogether every single one of us has to strive for it. If you see something wrong being done, STOP IT! These heinous crimes were not done by these monsters just like that, for the first time. It started from small things and because they were not stopped at that the took this hideous form. It should be stopped when it is small. Society's mindset is reflected in small things like even the traffic. So its a collective effort... While stopping these big things, small things should not be ignored. The process is slow, its hard but not impossible. "Aiisahi hota hai" attitude should change! Its difficult.. NOT IMPOSSIBLE!
January 2nd, 2013
Login to comment
2   ·   5 feedback ( rating and remark )
You can also write on WriterBabu. Know More.