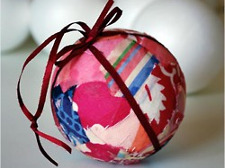 aWe live in a country which boasts of equality..
Yet does equality really exist? Forget about society for a while and think about what the Government plans- creating borders categorising itself the castes- SC, ST, OBC, General, and then making weird laws, "in order to bring them in the forward direction" is what it claims.
I know many would of course oppose my point of view, but it's what my opinion is. It's inequality, unfair.
If to be brought forward, shouldn't all cut-off lists and marks be reduced to give equality of chances?
Or for a more better result, shouldn't casteism be banned totally? Preventing oppression, ostracization, suppression altogther happening since ages, thanks to the word that categorizes human beings into few more sub-species...?
Homo sapiens "supremo" for one caste,
Homo sapiens "inferioro" for other,
Homo sapiens "mediocreo" fore few more.. like is it all not unfair? Tagging people on the basis of their birth, when all are born equally, none can differentiate who belongs to what religion, or caste when born?
Casteism has been since ancient times, and yet it still exists in modern times, tagging which work can they do, what would make other upper castes all impure?
Now for once, forget about the Government. Are we not ourselves responsible for the Government to take up this decision of division, whether unfair to one and fair to the other? If our reaction would have been different to accepting all castes as being all one, would such a decision be ever taken?
Forget even for a while whatever rules has been made, but do you feel it's unfair? Unnecessarily taking human beings without any reason? Unwelcome in a family due to his birth?
We say we live in a modern world wherein we don't believe in casteism anymore. Still why tagging exists?
Why still exists many matrimonial advertisements, wherein they seek for "Brahmin groom" or whatever castes they like, instead of the line "Caste no bar"?
Why many lovers end up forgetting each other and getting married off to a person from their own caste?
Why inter-caste marriages are still not received with warm hands?
Are we still not backward, though we claim not to be?
I regret, I am an Indian!