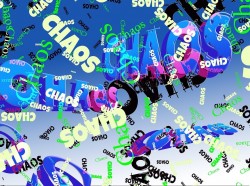 â€œUnder the charges of IPC 120A and 425 , the accused, Bipul Mehta has been found guilty by this court. Therefore the court is sentencing him for 10 years of laboured imprisonment.â€
Prisoner number â€˜12003â€™. It is my latest and the last ID. The prison cell is dimly lit. The pungent smell of the urinal, occasional sightings of cockroaches, torn and dirty blanket, broken plates â€¦these are the only things I have left in this goddamn world. They say I am a criminal. But tell me, is there any crime for killing a conscience or murdering dreams of a person? It feels like yesterday when all these happened.

Against all odds, I was succeeded in getting the education loan to get admission in the one of the most reputed private college of the city to pursue engineering. The college officialsâ€™ promise ofâ€™ best placementâ€™ in the state made my poor old dad delighted. He told me,â€ After you complete this, you will get a job and can return the money to the bank. You have to take care of the family then. You know how our condition is. â€ Little did he know what was awaiting for his son there?
Four years I had spent in that college working hard for a better future. Hundreds of assignments and plenty of vivas, I had gone through. More than forty subjects I had to give exam on. I canâ€™t explain how happy I was when I got the recruitment letter from a company in campus placement drive. But it was all but illusion. The company was nothing but a phony one which went into oblivion sooner than it started. In addition, the bank started to pressure dad to return the loan. His bank account was frozen and the small shop we owned, was seized. Failing to cope up with such economic crisis he committed suicide. My motherâ€¦she didnâ€™t lasted long after that. I was alone and left to bleed.

It was 6 in the evening. The college was set to close .The guards were closing the gates one by one. I slipped in through, crossing the wall behind the administrative building. And then I waited â€¦.
It took me lots of time to make up mind. But what I had to lose anyway? It took me more time to make the â€˜toysâ€™. Internet is a wonderful thing. Isnâ€™t it? Do you know that even a bar of soap can be destructive?
The timer was set to 1 hour in each one of my â€˜toysâ€™. I put them beneath every desks of the office and mostly in the placement cellâ€™s room. Arenâ€™t they the ones responsible? But did I want them dead? No, I didnâ€™t. Maybe because my war was symbolic.
It was beautifulâ€¦ I mean the fireworks! Fire blazing, Guards running, buildings crushingâ€¦. It felt like Christmas. I could have run. But why would I? Whom would I run to?
Chaos is amazing. It forces us to introspect to our flaws. The question is -after all this would they?