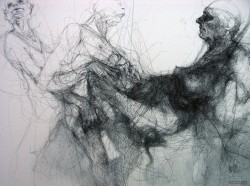 The thing about prolonged depression is that, after a certain time, the reason it all started seems inconsequential and fades out to become a mere trigger which started an avalanche of chaos, anger and self-loathing. This just creates a void are renders the sufferer to become unsure of what it is that needs curing. Even the well-wishers can only ask us what is wrong when the problem is that we ourselves do not know!

After five long years, I get irritated with myself for letting the episodes happen in the first place. I hate the helplessness. I do have a good support system and people I can share everything with but I am tired of repeating myself and there is just not anything new to share! So, I stop sharing and when they ask me what is wrong, the only thing I can bring myself to say is, “Nothing. I am fine.”…

In my desperation, I sought many obvious solutions but I did not want to make a huge deal of the situation by going for a clinical resolution yet. That would get everyone worried and I would have to answer a thousand questions. I believed that that would have to be the last resort.

I started researching depression and it helped. It really helps to know that the dragon you need to slay for a happy ending is not uncommon. The knowledge that I am not fighting a one of a kind battle, a battle that has been won by many who had it way worse, breathes hope into my lungs and resolve in my core. This is what has inspired this task of documenting my experience.

Also, I have come to realize that most people who overcome these adversities or are even still battling it, come out as amazing human beings with beautiful ways of expressing themselves. The inability to share the complicated emotions evolves them to come out as paint on canvases, as inspired words on paper or as depths in melody.
I have been following a page on Facebook, “Berlin-Artparasites”, which brings together beautiful works of art to portray expressions. I am sharing an appropriate post here.

Depression does not always mean
Beautiful girls shattering at the wrists
A glorified, heroic battle for your sanity
Or mothers that never got the chance to say good-bye

Sometimes depression means
Ignoring every phone call for an entire month
Because yes, they have the right number
But you’re not the person they’re looking for, not anymore. ―Hannah Nicole a.k.a. twentysixscribbles