DO THEY STILL EXIST?? 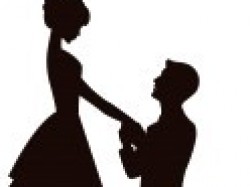 This write up is something which I feel may or may not sit well with the readers. It is a point of view which may or may not be right. Please be patient with me.

You must have read numerous posts about women harassment, women empowerment, how women are blamed and blah and blah....Let's just take a rest from this topic and concentrate on Men..what do they have a role in it?....Always blamed? Well, it can be said so.....because all the injustice done to women is by men...Right?
I say WRONG. A big and capital wrong. And with a few exclamations!!


It is done by the society and society comprises of both men and women if you care to take notice of it for a moment. What here I am trying to imply is that, it is not only the men who has a hand in this whole thing but women to share a part with them. Let's give you an example, a boy is born, the whole family is ecstatic and the mother is floating over cloud nine. She pampers him and in this process of pampering sometimes she goes over the top and let her son dictate her and rule her. She doesn't go out of the way to teach him cooking or cleaning or anything else, but if that boy was a girl things would have been different. So you see the mother imbibes in her son that feeling of superiority unknowingly and well the results can be seen in his relationship with his wife who is not his mother and who may or may not let him dictate her. Of course, this example can be turned and many interpretations can be perceived.


Well, I have one more example of mine. When I was born, my oh-so-orthodox grandmother said it even when my mother had not fully recovered from her pregnancy. " A boy would have been better". And you wonder what happened??...Well my grandmother was frowned upon by my father and after that till date she is better off quiet. So you see she is a woman and she herself said so.

There you look and I hope you get what I am trying to say. Men and Women are equal counterparts in this...well not exactly equal...but still they both are....

Coming back to Men....Where have those men gone of whom we used to hear brave tales of? Who were a gentleman to a woman not because they considered her a damsel but instead respected her?.. Where have they gone? or Were they even there in the first place?..

Well, we women or at least me don't expect a Prince Charming to come riding on a horse but a little amount of respect wouldn't hurt. Where is the chivalry gone???

We talk about rapist and molesters...right? But wait and take a look around...there are men better than them but still not better enough??

Why today being an arrogant jerk calls out for being a true man or what you like to call 'Mardangi"? And why the guy who is understanding and polite is labeled as a"Gay"?

All men are not the same..believe me. When travelling in a fully-occupied bus, why is it an old man stands up to offer me his seat while the educated-employed-so-called-busy man sits in a Ladies' seat without so much a care?

Why is it when I drop my money, a bit-intimidating-paan-eating man calls out to return the money while the decent-looking-young -guy just wishes to be anywhere but to return my dropped money?

To end this, lets say nobody is perfect but are we really trying to get the perfect man or woman for that matter? No. All we need is to take a deep breathe, smile at the person sitting next to you genuinely and respect him/her for what he/she truly stands for, and a little more respect for her not because she needs it but because she deserves it and has been deprived of it for a long time.

P.S. The names mentioned here are of male characters from the books of Jerilee Kaye....just for you to know.

NISHANT DASH
Good,thought provoking article tanvi :) It depicts the sad reality of society today. Chivalry ain't dead, it has receded like the tidal wave. It will surely return. A general perception exists in the society which is biased towards men. Many people from both genders think that a male child aids to a legacy while a female child does the exact opposite. For society to change, the very thought process has to evolve and be aligned to the truth,which is,that everyone is equal in the eyes of almighty. Hoping for a change soon.Once again,applause for the viewpoints in the article.
June 4th, 2014
VODKA LOVER
I agree .. Certain points are just perfect. Hats off !
June 4th, 2014
Author
Thanks Nishant and vodka lover!
June 4th, 2014
PERCY KINGDAWN
It is a fight against patriarchy, not against men. :)
June 4th, 2014
Author
I say I agree with you!..No use blaming men....just change the mindset....that's all we need...
June 4th, 2014
THE THINKINGCAP
Media has played a major role. They have created a picture which depicts that the entire female population is under attack by the male ones. But that's not the case. When rapes and molestations can be reported whole day, why can't that one husband be a hero who mortgages his house for his wife's studies or career?
June 4th, 2014
PERCY KINGDAWN
Bad news sells, good news is never interesting enough. And people who are such, would rather be quiet.
June 4th, 2014
Login to comment
2   ·   12 feedback ( rating and remark )
You can also write on WriterBabu. Know More.