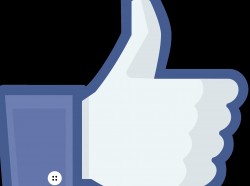 We are the most “social” generation of all times. We have access to the modern technology; we are today, on almost every social networking site. We are on Facebook, Twitter, Tumblr, Hi5, Pinterest, myspace, Google+, LinkedIn, orkut and others. Phew! There are so many of these.
However, I am active only on twitter and facebook only (still my mum says I am always busy on my laptop!) Talk about facebook, as more than half of the population has a facebook account. (I am sure you guys will have one too!)
So yesterday I was going through a facebook friend’s photos (facebook friend because I haven’t really interacted with her even once!), and I noticed she has 298 profile pictures! (God, I have only 39!), and I also noticed that she has hundreds of likes on each of her picture. I was shocked! It was strange as I personally didn’t feel she was THAT pretty, and then I realized that was because she had “those” kind of photos. Yes! Revealing pictures; I won’t use the S word for her, but I personally find this ‘likes’ concept quite cheap.
In these 2-3 years of my association with my facebook friends, I have noticed one thing, that people can do ANYTHING to get likes on their facebook pictures and status updates. Many of my facebook friends ping and ask me to like a certain post/picture. And they make certain offers too! A girl asked me to like her profile picture, and in return she offered to like my picture. I didn't accept her offer, but I liked her picture nonetheless. I have noticed how people judge you on the basis of number of likes you have on your pictures. In my opinion that is wrong, but not everyone thinks like I do. They have different thinking and understanding of certain things. Some people try to impress others and in that process, they are ready to “beg” for likes on their photos.
Naturally, I got irritated and I refused to like a friend’s photo, and boom! She caps-locked me to death! She literally got offended and un-friended me. Could she not have taken a “No” as an honest answer? Are likes more important than truth? Well, I guess, yes.
We are living in a world where we don’t meet people personally, but we message or skype with them. We don’t get our photos framed; we put them up on facebook. (What about privacy?). We don’t call people to wish them, we post it on their facebook wall. We don’t bring cakes for friends, we wish them on facebook. We don’t compliment people for their looks, we like their photos. We don’t fight with friends (and then sort things out); we delete them from facebook.
It’s really sad to see how we are losing contact with our dear ones and are moving so close to the modern technology. All this has made us irritated and less-patient. We are losing our tolerance and we tend to avoid things rather than solving them.

Sometimes, I wish to go back to the time when we had no technology, at least, back then, people had love, compassion, friends and kindness!


Hey well written though... :D thumbs up
August 4th, 2013
TARZAN RELOADED
Good..
August 4th, 2013
Author
Mukhtaar: Well, many of the guys have 50 pics too.
and, thanks! :D
August 4th, 2013
REEMA DSOUZA
True..
August 5th, 2013
Author
Reema- :)
August 6th, 2013
NARESH
again very well written!
and yeah right, there are so many people who beg for the likes on their photos.i mean who does that?
i don't understand how can people ask for the likes on their photos. so cheap
and even i have so many friends who has almost 200 300 likes on their FB profile photos that was only because of their â€œthoseâ€ kind of photos. "EXPOSING PICS".
and i like the ending of this article.
August 11th, 2013
Author
Thanks, Naresh!
Appreciation always makes one feel good. :)
I too like the ending. Thanks.
August 18th, 2013
Login to comment
2   ·   11 feedback ( rating and remark )
You can also write on WriterBabu. Know More.