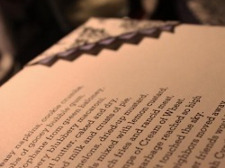 Just to tease him, the Taxi driver asked “Sir.., are you going for any Fancy Dress Competition”?? The driver tried to hide the mischievous smile, but he understood the curiosity in driver’s mind. It’s not the same “He” who used to lose patience on small things, who used to get irritated easily. He is old and mature now.., just 3 months left to celebrate his 65th birthday.

Without expressing any anger or displeasure for driver’s question, he calmly answered “No Son .., the competition is over, I won the 1st price, so going to collect the award today..”. He was wearing a very tight T shirt, you can say very small compared to his size (he put a good amount of weight in last 4-5 years) . The trouser was way too tight at waist. He failed to put the button of the trouser, just managed to pull the zip up, but only half. He returned to the city couple of months back after such a long gap. Though he was trying hard, could not recognize most of the places. Things changed a lot in these 37 years including him.

It took him 30 mins to reach the Park near the Balaji temple. He was bit nervous …, obviously anyone in his “First Date” gets a bit nervous. He paid the taxi driver and slowly entered the park. He chose the first bench facing towards the entrance gate, so that he could see her while coming. She asked him to come to this place, as its closer to her house. He opened the box he had with him and started counting.., I think he was trying to verify something.

His heart skipped few beats seeing her coming inside the park, the feeling was the same when he had seen her for the first time. He was delighted to see his beautiful goddess after such a long time. A gap of 37 years is not a small wait. As she came closure, he got bit disappointed . No,no .., it’s not because his Maa’m was slightly old now, in fact she was looking gorgeous, prettier than earlier(for his eyes); it was because of the kid along with her. In his dreams, he had never seen a third person in his first date. Anyhow the joy and excitement of meeting his Goddess override the small disappointment in the form of the kid. Again he thought, how a 62 years old lady would convey to her family that she was going on a date. Coming to a park with her grandson, no one would doubt. While all these thoughts running through his mind, he did not notice her standing near the bench.

Her grandson’s question helped him came back to sense. Grandson asked “Grandmaa.., who is this guy?is he your Boyfriend??” . Their eyes met, both smiled. The Grandson repeated his question again to which she replied .., “no no Sonu beta, he is my Friend”. Ok then, he is my friend too said the kid. The kid asked “Friend, why are you wearing this tight small dress, your grandma did not gift you any new dress”? He replied “No Dear, I don’t have such a lovely grandma like you”. Bye friend .., I am going to play said the kid and disappeared in the park.

He smiled and requested her to sit in the bench. Knowing she too had the same question about his dressing, he told, this was the dress I bought long back, I think 40 years back to wear in our first date. She did not reply anything. After a silence of 2-3 mins, she asked “how are you?”.

Before he could replied, Sonu came running and pointing at other kids, started begging her grandma for ice-cream. Without listening to her, he took Sonu to the adjacent ice-cream store .While waiting for him to come back, she noticed a polythene bag in the bench. She opened the bag and found bunch of Gems chocolate packets each having a big sticker with date and year (same date for last 37 years). Few drops of tears in her eyes.

She recalled, it was the same day he gave her chocolates for the first time. It was then she had shared with him how much she likes gems chocolates. She did not notice when he came back. He told “Sorry, for few years I was at abroad, I did not find gems, so had “Lindt” , sorry for that “ . What was going through both of their hearts could not be explained in words, just can be felt. To break the silence, she started “I too have something for you” and she handed over a small jewelry box to him. When he was busy opening the box, she continued “this is the pair of ear rings I was wearing during our team trip to Munnar. Remember, you used to ask it as birthday gift in whatever handful of b’days I wished you”. The ear rings were in his hands, tears in his eyes but nothing to say. Both of them looking at each other without any word.

She said : “I am Sorry for not understanding your feelings”

Both of their eyes almost reaching the threshold of flooding into tears..!! Complete calmness. He has nothing to say, nothing to complain.

Granny .., I am tired and hungry now, rushing towards her Grandma Sonu shouted. It brought them back to the reality. They did not realize that it’s close to 6:30 PM now. Sonu told “Friend .., we ll meet you tomorrow .., bye bye ...”. While coming out of the park, she asked “what are you doing now a days ..??” In reply, he handed over a business card to her. He thought of asking if they could meet again, but somehow did not gain the courage to ask. She too thought of asking “did he ever get married??” but remained silent as she mostly knew the answer.

It was slowly getting dark. While walking back home, she put on her glasses and read the business card. The card was saying her name as the name of the non profitable social organization and the caption of the organization was printed in bold italic letters as “Love, Hope and Dreams ..!!” .

Just before reaching home, Sonu said “Grandma, Your Boyfriend is so nice, he offered me ice-cream, I love him”. She did not reply anything, but murmured to herself “I too Love him a lot beta”.