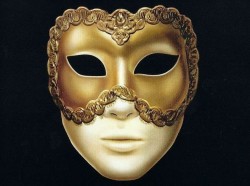 I am a huge admirer of Stanley Kubrik cinema like many others. Stanley, probably the most powerful movie maker of 20th century because of cryptic messages in his film, it requires multiple viewings to identify them. And expressing the out of bound ideas in metaphoric way . When i first watched “Eyes Wide Shut”, i felt strange about it. And i am sure that i didn’t get the essence of the movie. I watched it again, the symbolic represetation of craft and depiction of core ideas in this film blown my mind.
In “Eyes Wide Shut" kubrick focus on “Relationships”. He clearly states that most of the relationships born out of convenience instead of love. If we think more about the facts in relationships, the more we realise that existing relationships are fake and how blind we are. In this movie protagonist have similar relationship with his wife.At one point she convicts she might have cheated on him. It makes the protagonist have labyrinth of suspicious thoughts about his personality. At the climax they both convinced themselves, what they have faced was not good. Because it became an obstacle for their comfort zone. So they just mask the fact about their relationship .“Eyes Wide Shut” is a powerful movie by master.Stanley Kubrik worshiped by many directors, because he transcends most powerful ideas through cinema. I never felt kubrik was died. He is always with art called cinema .