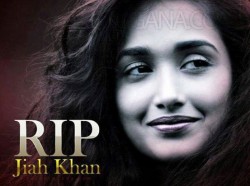 So yes, I read about the suicide, and I read the letter. We all did. And for a long time, I successfully refrained from commenting on people's over-hyped reactions on it.

But what I read in one newspaper yesterday just took the cake, and here I am, joining the bandwagon despite my reluctant self.

I didn't know her and I am nobody to comment/speculate what drove her to take her own life or how she could have dealt with the situation instead. Seriously, who ARE we to comment?

Did you know her personally? Are you an expert on psychology? No. Then do this world a favour and shut your judgmental face.

Yes, we have an opinion on everything, but where do these opinions go when we are the ones in that particular situation? Why don't we counsel ourselves on the best way to deal with the situation we are in?

Yes, that's right. Because we are human. And though we become experts when it comes to counseling the rest of the world, we are as clueless when we are put in the same situation.

So all you psychologists who are busy analyzing her disturbed state of mind, or distorted self-image, well, please evaporate. Thanks.

Oh, you were "shocked"? Of course you were, you poor thing. "She looked so happy". Yeah, right. She told you that when she came over to your house everyday for tea, didn't she?

"She was an actor and people looked up to her. She has set a dangerous example for her fans." Well, here's a not so shocking fact: actors have feelings. They have a life OTHER THAN living up to their fan's expectations and setting a good example for them. They are humans, and yes, humans get depressed. Sometimes they can't deal with it anymore. They suicide. Get over it.

No, I'm not glorifying suicide, or saying that it was the right solution or it's the right way to deal with things. No, I'm not defending her.

What's my point here? My point is, leave her ALONE. Let her rest in peace.

Who are we to judge her?

Is it okay to take one's own life? That's a disputed question even philosophers haven't arrived at a consensus to reply to.

But oh, when we are so interested in commenting on people's lives, why would we forego a chance to showcase our expert opinions on people's deaths, right?

So, coming back to the point, just when I was getting over being irked at people's ludicrous reactions to this news, I found this gem of an article. *sarcasm*

The title reads, "Jiah Khan's suicide note: What did Rabia teach her daughter?"

Wow. This journalist's blatant and extremely repulsive sexist self gets a huge round of applause from me. Where do they hire them from nowadays? The Talentless Agency specializing in cheap, sexist and insensitive (insert word here. Calling them writers or journalists will make me lose faith in the profession) who also happen to have bad grammar?

After recovering from the shock that this piece of ridiculously bad journalism actually got published, I sat down and read it. And I have some choicest expletives to describe it which I wouldn't write here, but you can use your own discretion to add some.

Firstly, why does it always come down to the mother when the child goes wrong? What about fathers? Aw, of course. Don't they do enough already by being the "breadwinners" of the family? Why would we burden them by making them responsible for passing on some value addition on their offspring?

No, people are only mighty interested in blaming the mother, especially when its a girl child who goes wrong! Why not boys? Oh don't be silly. Boys will be boys.

And that is exactly the kind of thinking that authors of articles like these advocate. It roots back to the root of all our pain. Patriarchy. Do you still want me to answer why we need feminism?

If the horrendously backward author can comprehend me, I have a simple question - how do you not bother to ask what Suraj Pancholi's mother AND father taught him? I scanned your whole article (in utter disbelief, I might add) to not find a single mention of how HE could have done with some "good parenting".

And who are you miss, to question and comment on how her mother should have raised her?

It's ironic that YOU, of all the people, talk about patriarchy while your own article conveniently stinks of it.

May I question the parenting of the people who raise such chauvinistic and sexist waste of oxygen and space on earth?

Maybe, you are the one who should have spent some more time convincing yourself against writing this sadistic piece of crap.

totally agree to this. Only the person going through can feel what they feel. There are no rights and wrongs at that stage, the power is judgement is dissolved ...
June 11th, 2013
Author
Very true sir, :)
it's easy to sit and give a commentary on what should have been done as a third person, but being in the situation, it's that much difficult..
June 11th, 2013
NEHA SHAH
Speechless :)
June 12th, 2013
UTKARSH P
I am totally with you an JK here.....we could'nt help her in life so should'nt bash her in her after-life.....atleast we should make her soul a lil cheery by appreciating the person she was and the turbulence she suffered.....and I did not realize when I watched Ghajani, but god she is beautiful!
on suicide, I guess philosophers may not have deciphered but the scriptures condemn it as people can act better by being totally selfless and live a life still.....having said that, I guess very few - vv few people can be so selfless so we cant bejudging those who give in to it. it can be any one really......so all in all, RIP Jiya..we pray for you!
June 12th, 2013
UTKARSH P
but please dont think I do not feel how pained she must have been....i read the letter and really, what pain she must ne going through..
June 12th, 2013
Author
Very true :)
June 12th, 2013
SUNITA UPD
Hmmm...yesterday a man put a garland in a VIP's neck and got blown away with the man. It was like those magic show where someone just disappear in front of you! It was stop press news ...about the VIP. The man who put the garland...hmmm what he did he do?...who was he? What importance life had for him...what was said about his death....hmmm...
April 24th, 2014
Login to comment
2   ·   56 feedback ( rating and remark )
You can also write on WriterBabu. Know More.