For what will the world remember me, after I die? 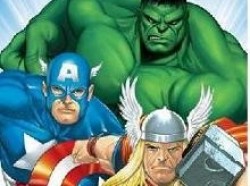 A million dollar question indeed and a tough job on earth I guess.

AS I ponder! – All of a sudden, my foresight, my visual screen blanks out, as any channel would on a very old black and white TELEVISION SET.

With glittering eyes and an agitated mind,
I say –
“Yes! I wanted to be REMEMBERED!
To be remembered NOT JUST ONE,
BUT, to be one of EACH…..
Each of THESE…these SUPERHEROS….

The SUPERMAN in saving lives!
The HE-MAN in my physic!
The SPIDERMAN in responsibility!
The BAT MAN as a detective!
The THOR to be ETHICAL!
CAPTION AMERICA for speed and endurance!
The IRON MAN as an INGENIOUS engineer!
The INCREDABLE HULK against EVERY social evil!
THE MASK impressing almost every WOMAN!“

To be HONEST, I never knew where I stand,
Realizing all of a sudden,
All of them (the Superheroes),
Struggling at a point – a point, a point demanding them all,
To be a HUMAN, a human being, THE TOUGHEST OF ALL.

And finally, my agitated mind settles and the answer becomes clear – “YES! I wanted, wanted to be remembered, remembered as a Man, a Common Man, a Human Being”.

I believe that’s my first step towards my immortality.

VIGNESH
Why did u missed Rajinikanth here..hey just joking dude. Really there is uniqueness in all super heroes even though they have different powers.
May 21st, 2013
Login to comment
2   ·   14 feedback ( rating and remark )
You can also write on WriterBabu. Know More.