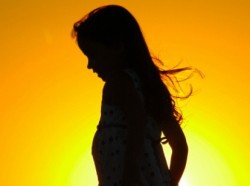 She looked out of the window as the train moved. She didn't want to go but in her heart, she knew she had to.

She knew her best friend's brother's best friend by hanging out with the group from time to time. She didn't think much of him at the time. But as the group began to spend more and more time together, they began to notice each other but still would not speak to each other. One day, she got stranded in the rain and called her best friend to pick her up. But, he turned up and she still doesn't know how that happened.

It is always the small gestures, small things in life that turns us upside down. For the first time in her life, she felt....safe. Even though she didn't know who he was. Something changed that day. He went his way and she hers. But both took something from each other and found a companion from that day on.

It was pretty awkward in the beginning. In those days, even silence was companionable. But slowly they began to talk and see what made them click. Soon, they were laughing and calling each other up. No one in their group had an inkling on their burgeoning relationship. It was not a conscious move on their part. Things just moved on like that.

Soon, she got a job and had to move to another city. They still were not telling each other what they really felt. And just like that, the day when she had to leave approached. She sat in her seat and was pretty melancholy. The group moved away from the window and gave them some space.

Turns out, he knew all along what they were. They were soul mates...That's how they were together and that's how all their friends knew. He told her everything that needed to be said and she could only cry happy tears. He assured her that this was not goodbye, that he got another job in the same city as hers. He was coming too....

The train started moving. All her friends wished her well and waved her goodbye. But he? He just smiled and kept on looking till her train moved away from his sights....