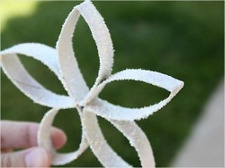 There was a boy and a girl.
They were best friends for years and years.
They could talk for hours on the phone and text each others for days,
When they were together.
Not a single bad thought could cross their mind,
Every thing was great but one day;

The boy din't answer to call or reply to any text for a day..
The girl was worried something is wrong..
At night she couldn't sleep.., she was sitting in her room crying,
And it was then she realized hoe much he means to her ...?

BOY:hey?
GIRL: i am so glad that you called me,what happened to you yesterday?
BOY: I was busy..
( The girl understood something wrong but couldn't ask)

Every thing else flashed in her mind ,
Tears;
Cars running by her.
Roof of some building and sunset...
She couldn't understand any thing..
She started feeling lonely, rejected and broken..:(

That was the answer to every thing! his words were pouncing on her.
Her heart wanted to jump out.!
He was the one! "why".....?
She screamed at the top of her voice:
Then she made up mind to make a last try to get him back....!

[ she called him up]

GIRL: HI!
BOY: WHY ARE YOU CALLING ME??
GIRL: i need to tell u something...
BOY : go ahead.
GIRL: I just wanted you to know something before we stopped talking.
BOY:tell me !

Phone rang in boy's room,
It was girl's mum,
The girl was lying in the Hospital got hit by car,:-(
The boy rushed to the hospital were she was.

She Opened he eyes with boy's name...,
He took her hand..

Boy told her that he had heart problem 'n
he didn't want her to be worried;
'n there was a risk he would have died..!

HE COULD NOT LIVE WITH THE THOUGHT THAT SHE DIED BECAUSE OF HIM..