How To Find Peace: Let Go! 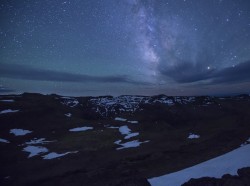 It took me seven years to realize that life isn’t really worth living unless you truly want something. Until you have a seemingly impossible goal to strive towards, your life hasn’t really begun. I always had something to strive for, but I never realized that what I had wasn’t really mine. I had strived for those things because I wanted to want those things, but I never truly realized that they weren’t really part of who I was until a few years later. What doesn’t kill you makes you stronger, though, or makes you wish it did. In my case, it did exactly that.

I found power and ambition in the discipline I had given myself shortly after I realized that what I had been doing wasn’t chasing my seemingly impossible dream, but chasing it away. What was the real tragedy in my life? It was the tragedy everyone is faced with at least once in their lives; when you don’t really want anything, so you stare down a dark highway of people who do know what they want. It can be the most dis-empowering feeling in the world – right? It’s as if you can’t find your exit, even if it may have been right in front of you.

Pain is in the choices we make and life is the reflection of who we are. If we want to move past adversity, we must be able to look at ourselves with content and not anger or disappointment. Only then can we truly let go and find peace in our lives. This reminds me of something I said in a previous post:

How did I find peace? As I said above, I realized that what I was doing wasn’t part of who I truly was and that’s all you need; a simple realization. Once that happened, I had the power to change things and improve them for the better — and I didn’t let anyone steal my thunder. I kept going and I still keep going. No matter what. How? I think of the process, not the outcome and do things for myself, not for others — even if what I may be doing relates to helping others in some ways.

I began writing at a young age, because writing was my true passion. It was a way to express myself through creativity. I wrote a lot. Sometimes I got lucky and I wrote something good. Most of the time, it was terrible. Just like my handwriting. Now, I write every day, because I give myself the same advice I give others.

You’re never too old to write. Rather, it’s never too late. The “secret” to developing as a writer is that there isn’t one. Keep going. No matter what. Write for the sake of your passion; for you. If this is what you want, do your best to deliver quality content and sooner or later, the rewards will come because people will be able to relate to what you’re doing and writing about. But don’t focus on the outcome – focus on the process. Enjoy it. Work hard and don’t second-guess yourself. It can take years to develop into the writer you want to be, because we’re always changing and want different things.

We like people and we care about the real person behind the writing, because they remind us of those that matter to us.

How To Find Peace

True freedom is, to be honest, is knowing that your life can come to an end at any time — by your own hands. It’s that notion that made me realize how strong people actually were, because they worked hard to get where they were wanting to go, even through difficult times. They have an easy way out, but they deliberately chose not to take that route. That’s true power. There’s no way to really tell someone how they can find peace in their own lives, because peace is a relative, but I’ll give it a shot.

1) Don’t let anyone’s opinion influence how you view yourself or your ambitions. After all, those are just the opinions of someone else and nothing more. They have not been in your shoes, so they don’t matter. If they aren’t the ones to empower your ambitions, they don’t deserve to be a part of the story in your life that matters.

2) Let go. The only way to change the world is by changing yourself and by taking actions. Not because you aren’t happy with yourself, but because it takes change to make change in the world, so if you aren’t happy with what the world has given, create something that you’ll be happy with. Change the energy within yourself and the energy you portray. Let go of fear, let go of anxiety and whatever else may be stopping you, because we’re all people who have been in similar shoes. We’re just people trying to happy and successful. Even the really successful people in the world don’t have all the answers. You think they’re all happy? Remember this: just because people are busy, it doesn’t mean they’re doing something important or something that has to do with improving themselves on a spiritual or personal level. True happiness is happiness that is uninterrupted, regardless of who tries to take it way, either unintentionally or intentionally. They are no better than you and no smarter.

3) Don’t second-guess yourself. If you’ve ever been on a job interview, chances are, you’re selling yourself to your boss and in your mind, you’re saying “Ah, fuck! I shouldn’t have said that, I fucked up big time.” The reality is, a lot of the time, how you’re feeling or what you’re thinking isn’t necessarily seen. We only hear what you say in the tone in which you’re speaking. People usually come off more confident than they think they do, but their own perceptions may worsen the situation — even if it may be just in their minds. In fact, your boss is probably saying “Wow, what a great person. I’m surprised and impressed he’s not nervous!” Of course, in reality, you may have been, but it doesn’t usually show.

4) Don’t form an excessive attachment to the outside world. What this will do is help build a really strong relationship with your inner-self and your consciousness, that the opinions of the outside world isn’t what governs you. This is deeply rooted with spirituality, but it helps immensely if you can accomplish this. Don’t be one with the world. Be one with yourself.

Life is a thing of hope: We get hurt, we forget, we forgive, we try again and that’s all because we have hope that things will improve. After all, isn’t that what life is about? Forgiving yourself and others, finally being able to try again?
Life is pain: Pain is in the choices we make, because it’s important to know that we can’t prevent ourselves from getting hurt. The truth is, there will be some people who hurt us – but that’s okay, because pain empowers us and teaches us a lesson that we will never have to re-learn. It’s an experience that can empower you, if you channel your pain into productivity.

Life probably won’t ever feel like it’s supposed to, because it’s up to you to build the life you want that will make you feel proud, content and empowered.
Failures are another way of saying “find a new opportunity.” It means we get to keep trying and keep learning. Practice makes one improve.

Remember that nothing is impossible if we want it enough and are willing to work towards it, but it means truly getting to know yourself from within and loving yourself for who you are, despite the flaws you may think you have. If we work hard at trying, luck and happiness will find its way to you.