Humanity - Just for Young and Gullible ! 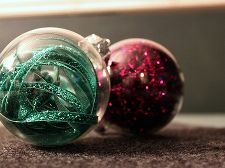 There was a little girl in a little town, with a little too much heart to go around. She always cared for the animals or humans for whom no one did. She loved strays and animals who were at verge of dying. She was the kind who would pester her father into bringing a new umbrella and giving it to a beggar to protect herself from the pouring rain. If some one poor knocked her door, she'd go out of her way to help.
People laughed at her saying that she was the ultimate social worker. They made fun of her, some even got pissed off that she touches such ugly and dying creatures. But she was firm, Her father had taught her that helping others in need would make sure that God would send someone to help you when you'd be alone.
She once adopted a little anorexic pup. It was a stray, bones peeping through it's skin. She was again the laughing stock or was being ridiculed for it.But she loved the pup and the pup well it adored her. The neighbors told the girl to stop with her non-sense for the pup would home to who knows how many germs and infections. But how could she throw it away?
Why is it that elders rather people are so self absorbed and self centered that they go blind to people and animals who are in pain around them? Is there nothing called Humanity left? Why is it always about 'Their' pain, 'Their' suffering ? I'm not saying that these people don't have pain in their share but there are ones who have to suffer more than them. Why do they go oblivious to it? Why is it always about 'I' ?
These were the questions, she never got an answer of. A person told her that she can't change anyone's destiny but may be it was his destiny to be helped by her.
May be she's young and gullible. May be she doesn't understands somethings. May be she's Too young for this world. But what she knows in her heart and bone is that No matter what People say, what they do...She'd always help the ones she wants to. She would always be there for the ones who have no one but themselves. She'd always love the strays just like her own family members... She wouldn't LET GO OF HUMANITY ....