I wish I were NOT a girl 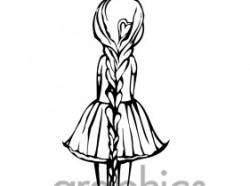 I don’t quite remember but as I’m told
This is not a new tale, but quite old
After their first girl child, my parents were having another baby
It was Nine years later a new hope was coming, doctor said a girl maybe
Came into the cruel world 2 months ahead of time, Mom said I was in a hurry
Grandma wasn’t too happy, she wanted a baby boy, for her it was a matter of worry
Dad’s brother smashed his fist into the incubator, it cracked
They wondered it would be the end of me, wouldn’t survive the attack
Dad stood there quiet, said nothing; uncle came forward and said he was sorry
Doctor came in fast, she said I was fine, not to worry
I was somehow alive, an innocent little soul, why were they after my life?
Father was wrong in keeping quiet, for me he should have had strife
But it wasn’t enough, grandmother offered to take me into her arms
Said she’ll bathe me this day, father felt happy, handed me over not seeing any harm
She slipped a soap bar right into my mouth, I chocked and coughed
Mother snatched me from her, wrapped me in her arms so soft
Father screamed and shouted but what was the use?
Like another million girls, I was just another victim of such abuse
It wasn’t the end, but a new beginning
My life waiting for me to give it a new meaning
After 5 years, my brother was born,
Everyone was so happy; after all they always desired to have a son
My importance decreased and preference was given to brother
Father would now spend time with him, and also mother
I remember when I was eleven, had a friend with whom I would play
She had an older brother, of whom I was afraid
One day he called me and sat beside me on the chair
Asked me to read a book, and touched me all over
Such a naïve kid I was, didn’t know his intentions
He would secretly harass me and knew I wouldn’t ask any questions
Back at home, grandma asked me to make suji cake
“I am a kid granny, I don’t know how to bake”
And she would hit me with her stick whenever mom wasn’t home
She would say why was I ever born and why do I not go somewhere, when I was alone
Such a witch she was, always favoured my brother
Would make me stand under the sun as punishment, in peak summer
As we grew up, I began to witness partiality going on in home
Everyone appeared so different, like they were all unknown
Talking to guys wasn’t permitted, they thought I would elope
As if they knew I wasn’t a girl with any morals, they had no hope
“Dad I like guitar, I think I should take classes for it”
“What nonsense, you’re a girl, girls don’t play guitar
Let your brother learn, it’ll suit him more than you, he's smarter than you are”
I ran to the bathroom and locked myself for an hour
Cried like mad sitting under the shower
“Dad, I wanna learn to drive, come along”
“I am busy, I don’t have time. Let your brother learn and he’ll teach you”
I was in my first year when I learned to drive but wasn’t confident
“Dad I wanna practice, come on” “We’ll go tomorrow morning” he said
His morning never came, for 2 years I begged
“Fuck all this, I’m gonna go alone and learn it on my own
I still don’t need these people, I am a girl not his dependent son”
One random day he said, “Let’s go son, it’s time for you to drive”
I stood still with tears in my eyes
Where was he busy when I wanted him to come with me
Did I not ask him multiple times, did I not plea?
Disheartened I lost all the hope I had in my heart
“Is it all because I’m not a boy” was my first thought
I screamed and shouted and fought for an answer
As usual I got no reply and he went out in his car
If you had to do all this why did you let me live?
I wish I were not a girl, if this is how the world is

BUM
â€œFuck all this, Iâ€™m gonna go alone and learn it on my own
I still donâ€™t need these people, I am a girl not his dependent sonâ€