In search of "Happiness" 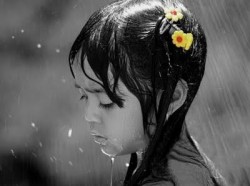 ""Happiness is the art of never holding in your mind the memory of any unpleasant thing that has passed." - Unknown"

"October 14, 2007"
Everything turned black. A thick layer of smoke covered the area. There was chaos and cries. He fell down from his seat, blood oozed out from his mouth and tears rolled down from his eyes.

"Chandigarh, 2005 "
A cold chilly wind rushed in through the window of the running bus and hit Laila’s face. She touched the cold tip of her nose and sneezed again.
“How many times did I tell you to put on the scarf? This girl never listens.” Laila’s mother complained hearing Laila sneeze for the third time that day.
“Ammi, I look like an aunty wearing that scarf.” Lila scuffled. “Bhai, please tell ammi that I am not a little girl anymore.”
“Laila, you have been sitting there since the last fifteen minutes, you promised to let me have the window side within ten minutes.” Rehman was ready to pull his sister’s leg rather than taking her side.
“Bhai, you are cheating it’s just been five minutes.” Laila sneezed again. This time though her mother decided to give Laila one angry look instead. Rehman chuckled.

"Bazidpur, 1992"
Bazidpur, a small village in Punjab was where Laila was born, two years after her brother Rehman to Abdul and Rahila. Abdul worked as a farmer while Rahila usually stayed at home taking care of her children. Although Abdul didn’t earn enough but somehow the family managed to fill their stomachs two times a day. Life was not easy but it wasn’t too harsh either.
Rehman loved his sister Laila and Abdul and Rahila their children. At night Abdul would narrate fairy tales he had heard from his father to Laila and Rehman.During the day rahila would take them to the nearby fields and they would watch the cows and crows everywhere.
Abdul and Rahila had also decided to send both their children to school and had started saving. This small little family was the perfect example of a poor but happy family.A family that lacked money but never lacked happiness. But their happiness wasn't immortal.

"Chandigarh, 2005"
“How far are we?” Laila inquired from her father.
“Just ten minutes more .” Abdul replied with a smile.
That same small family from Bazidpur were today travelling to the city market to shop for Eid. There was a felling of happiness and excitement on their faces. After the hard times which Rahila and Abdul had seen, life now seemed generous to them. Rahilla turned back from her seat to look at Rehman and Laila sitting together, smiling and looking out through the window. Rehman was twenty now but he was still to finish school and Laila two years younger than him. Seeing them smile, Rahila did too. But her smile didn’t last long again.

"Bazidpur, 1995 "
Rehman’s first day at school was a day to remember. Adul, Rahila and Laila had gone to see him off. Laila saw her brother cry.
“Abu, take me home. Take me home.”
But in the end it was the government school class room where he had to head to. That night Rehman narrated about his school to Laila and she listened to him with big round eyes.
Adul have saved a lot but his savings weren’t enough and soon Laila too would be going to school. Hence, he decided to take a loan from his land owner to earn some more and invest in his crops.
Rahila would now sometimes sell berries and firewood to earn a bit more , Rehman continued his schooling and Abul went to the fields as time kept flowing.

"Chandigarh, 2005"
Suddenly the windscreen of the Bus shattered to pieces and the bus went skidding.
“AMMI, ABBU” Laila screamed. But her shouts were silenced as some heavy object fell on her head.
Rehman stood up but could not stay on his feet. Everything turned black and he could only hear his heartbeat and nothing else.
The bus went skidding and hit a tree trunk and rolled down to the side of the street.
“Amm..ammi, Abbu….Bh…bhai” Laila’s faint voice could still be heard inside the bus. As she would stop her moaning everything would fall silent, that silence was deafening.

"Bazidpur, 1996"
One day Abdul came home running from the fields, hugged Laila and started weeping. Rahila had to calm him down.
“Everything is gone, everything. I am finished.” He wailed.
Soon Rahila knew about the massacre. Someone had set Abdul’s crops on fire and nothing except greyish matter remained there.
That evening Rahilla packed up all their belongings. Afsal Uncle visited them for the last time. He handed a chocolate each to Laila and Rehman and bade them goodbyes.
“The one you took your loan from, set your fields on fire.” Was all Afsal could say to Abdul.
Late that night the family left the village. Abdul could only hope for a better future for his family and nothing more. But happiness isn’t for the poor.

"Ludhiana, 2006"
Eid came and went but life was never the same for Laila and Rehman. Their parents were no more. Rehman’s dream of completing school remained incomplete forever. The two of them had shifted to Ludhiana in search of work. Some nights they ate some nights they didn’t. But that moment of silence that prevailed in the bus was what Laila could never forget. Rehman would wake up in the middle of the night and cry endlessly. Only Laila would console him under the night sky. They had no place but the streets to sleep on. Laila and Rehman were each other’s life now. They both worked as day laborers and spent their earnings to fill each other’s stomach whenever they could.
One day Rehman was sitting near a school watching kids with their school bags when someone placed a hand on his shoulder.
“Don’t cry brother; join us if you are hurt.” Rehman did not even know when the tears dropped down his cheek. He looked up at the young man standing behind him.
“I need money.” He said wiping his face with the sleeve of his shirt.
“We will pay you enough.”
That night Rehman told Laila about his new job and the amount of money they will be paying him.
“I will just have to collect items and make mixtures.” He said.
Laila was a bit surprised but she ignored her doubt and chose to see her brother’s happiness instead.

"Chandigarh, 1996"
Both Abdul and his wife worked as day laborers now. Rehman and Laila stayed back home and waited for their parents to return home. Rehman played hide and seek with Laila around the small cottage his father had built by the road. He used to teach her all that he had learnt in school. Anything Laila needed and Rehman was there for her.
Rehman would collect paper from garbage and make paper planes and boats for Laila. Sometime he would make her a paper bangle or a paper ring to her. That would see Laila smile all day out.
Time heals all wounds. A year went by and Abdul had some green paper in his pockets now, money. Rehman was again ready to go back to school and soon Laila would be joining him too.
Soon they went back to being the same family they used to be, although they had less food now but their happiness remained the same for the time being.


"Ludhiana, 2007"
Laila Had seen another year of her life pass by. Another year in search of happiness and peace. Her brother earned well enough and they both had shifted to a small cottage and life was stable. But a doubt always prevailed in Laila’s heart.
It was the holy month of Ramzan when Laila secretly visited her brother’s workshop. Through some small dark alleys, Laila found her way. The workshop was in quite an odd location. There was no one around and but just two men at the gate with guns in their hand. Laila stood watching them for about fifteen minutes and decided to walk back, she could not get in, in any way. On her way back she saw an old woman walking towards her.
“What are you doing here, child?” The woman asked from under the veil.
“Uhh, my brother works here. Do you know anything about this workshop?” Laila almost whispered.
“What to tell, my son also works there. Don’t you know what they do there? They make bombs.” The woman said.
Laila took a step or two back and ran back home.

"13th October 2007, Ludhiana"
Laila could never muster the courage to ask her brother about his job since she had heard from the old lady. She would see him smile every day, break the day’s fast with her and wish her goodnight.
It was the last day of Ramadan. Laila and Rehman broke their fast with dates that Rehman had brought the previous day. Laila burst into tears.
Rehman tried to console her.
“What happened? Tell me. I can’t see you crying.” Rehman hugged Laila.
“What work do you do?” Laila’s words stoned Rehman.
“What? What are you saying?” Rehman fumbled.
“Tomorrow is Eid and those bombs might kill innocents, and you and I will be celebrating.” Laila kept crying.
“But Laila they pay me well, all I know is that I mix some chemicals and I get my payment. What they do with it later is none of my concern.”
“It is, it is your hand that ignites the key to the death of innocents, how can you? Just how?”
“I did it all for you Laila”
“Promise me you won’t go there after Eid.”
Rehman fell silent, and Laila kept demanding a promise.
Rehman finally nodded and hugged her. From his pocket he took out two tickets of the Shrinagar Cinema and handed them to Laila.
Laila read the name of the movie. It read, “Janam Janam ka sath” or “Together through several lifetimes.”

"14th October 2007, Ludhiana"
The movie had just started and for some strange reason Laila had to sit three seats away from Rehman, though they had entered holding hands and wearing the only good piece of cloth they had.
Half an hour went by, Lalia kept looking at Rehman reading his expressions rather than watching the movie.
Then a deafening sound.
Everything turned black. A thick layer of smoke covered the area. There was chaos and cries. He fell down from his seat and blood oozed out from his mouth and tears rolled down from his eyes.
“REHMAN, REHMAN Laila screamed on top of her voice but all in vain.”
Rehman could see his life on the movie screen in front of him. Their small hut in Bazidpur where laila was born, He could see himself going to school, that night when they had left the village, their time in Chandigarh, the paper boats and the paper bangles he used to make for Laila, Rehman holding his sister’s hand and walking to his new school, then the rolling bus and the darkness, his two years in Ludhiana, his workshop and Laila’s words ‘Promise me you won’t go there after Eid.’
“I never will.” Rehman said to himself for the last time.