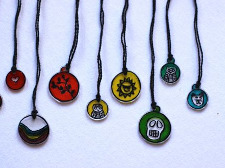 Off late there is a lot of intolerance noted in the field of Art and culture. Most recent example is not to allow Rushdi to Kolkata Book fair, for reasons best known to our politicians. Personally, I do not feel religion has such a fragile texture that it would shatter the moment a small brick would hit. Religions are firmly rooted in our culture and have withstood a lot of violent storms without bowing out to any. A small piece of writing, a single painting or a flick movie cannot threaten the very existence of it. As far as " hurting the sentiment" is concerned, we must try to change the mind of offender , to convince him to see our point of view rather than silencing him unheard. The Works under discussion will be published, if not in India, somewhere else. The sentiment anyway will get hurt , as in the age of Internet, Facebook and Tweet - nothing with a capital N can be banned for life. After all , every coin has two sides, If anyone wants to flip it to see what is written in other side , we should not take it as an offence. The way things are moving, India is getting fragmented into smaller and smaller sections of Religion, caste , tribes etc. Come what may , there always should be a scope for argument, logical analysis and discussion. If I do not like something that must be destroyed - this cannot be the rule in India, the largest Democratic and secular country in world. We have allowed our Artists , long long back to build Konark , Khajuraho and many more - now we show them to world with pride as our greatest legacy . So what is wrong with us today? Are we moving backwards? If we cannot even allow Artists or Writers to express themselves unhindered , we will lose many a master pieces for which one day our grand grand grand children could feel proud of. They could boast of their inheritance as the descendants of a great country.

As everyone knows, most of the people who protest against a particular work of literature or Art, do not even take the trouble to go through the piece once . They contribute to so called Vote Bank and thus get all encouragement from our leaders. We common citizen must only raise our voice as we only can make India a real secular countr