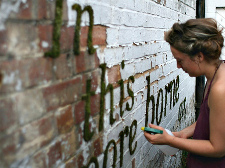 Does art affect life? Yes. Because more than any other art form, films have been a mirror held up to society's porous face.
When Dadasaheb Phalke released his epochal feature film- Raja Harishchandra, it is unlikely that either the exhibitors or the pioneer filmmaker realized that they were unleashing a mass entertainment medium that would hold millions in sway for next hundred years. Little did anyone know that Indian Cinema would one day become the largest film industry in the world.

Evolutionary processes give rise to diversity at every level of organisation. So is the case with Indian Cinema. Looking back then and now, cinema has evolved. Evolved to an extent that it makes us feel that the society has evolved along with it too, or is it the other way round?! Well, that is yet to be debated upon.

From 'Alam Ara' to masala movies, we have come a long way. Indian Cinema has never looked back then. This big booming industry has become an integral part of our lives. So intense, that we sometimes imagine our lives based on our favourite movies or any actor portraying a particular character.

Today, they are used as a medium to voice our opinions or sometimes to show the true face of the filthy heads ruling our society, or is it that the society has become what it is now because of the new conceptualization or portrayal of people in films?

No doubt we have masterpieces in the history of cinema, but those are getting sidelined now. Talk about any 'new age' movie, it has the concept of item songs in it where we see objectification of women in particular. Selling such songs in the name of art is just ridiculous. Oh! the venerated souls of the great artists would cry out of shame seeing what it has become now. The central idea of providing the audience with substantial story, a life changing story is vanishing now, only to be replaced by sassy dialogues and baseless dramas. I need no examples to cite for you all. This industry has so much power that it can change the view of the society, alas! its only motive now is glamour and selling ignominious stories to make money . It is blinding the viewers of the truth.
In this process, many good and notable movies do not get their due recognition. It's a pity, we evolve to become better , but we are going down the line and finally getting ruined.

Indian Cinema has become a part and parcel of our daily life. It has a major role to play in our society. Though entertainment is the keyword of Indian Cinema, it has far more responsibility as it impacts the mind of the audiences.