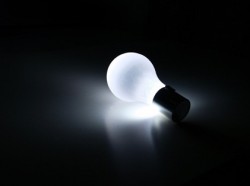 And so the flickering fire was lit,
Forever teetering over the fiery pit.

Entering the hallway of infinite doors,
Extending his wings he begins to soar.

The promise of infinite futures is granted,
And thus in him the spirit seed is planted.

Unknown to him the weave of destiny is sealed,
From him the end of his life is concealed.

Doors so different and yet the same,
A series of parallels forms the game.

Unfurling his mast he sets sail,
And thus begins this fabled tale.

Opening the very first glittering gate,
The begining of his forsaken fate.

Filled by the light of animation he felt joy,
Unaware of destiny's dark devious ploy.

Pristine innocence reigning his mind,
Toiling through the lifelong grind.

Transcending the first step of time,
The bells of victory began to chime.

The nectar of success so sweet,
Alien to the taste of dreaded defeat.

But the thirst was never satisfied,
And try as he might its throat dried.
Brighter than the sun his aura burned,
Seldom from ascendancy his path turned.

Surfing triumphant above all tides,
He began to surrender to his own pride.

But all candles are doomed to burn out,
And his light was obscured by clouds.

The divide between needs and wants so vast,
Feeling that he was going nowhere fast.

Having played three games of life,
His mind was headed towards strife.

Not a word of caution did he heed,
As he fell victim to his own greed.

The flame that had once burned and blazed,
Left as its remanent only smoke and haze.

Groping blindy, he opened the door of jealousy,
Blinded by ambition,unable to see the discrepancy.

But the star of his fate was on the wane,
And destiny had become his very own bane.

All his gold turned to sand,
For all that rises has to land.

Unable to bear the agony of decline,
Too violently vain to resign.

He meekly surrendered to the lord of wrath,
And thus his future took the plummeting path.

For all his blessings he wasn't wise,
What came next took him by surprise.

Feeling the pain of not defeat but guilt,
He broke the castles of night he had built.

At the final altar of his long fate,
He strived to free his soul of hate.

Flowing into the world of eternal tranquil,
He could feel the stains of his struggles still.

The gates of life full of light, yet so dark,
He realized that he always had the spark.

Andwhile the angels write the annals of time,
We are free to compose our own rhyme.