Life on the Train 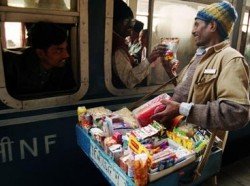 Dragging himself rocking around
stick in one hand eyeing the ground.
On the other, humans shrunken so small
A touch so weary is hard to make them out.
Light burned out long ago with the house
but the will still flickers
through the seamless smile on his face
ambition for eyes still lingers.
No worries of the day's food or
The train that he choose.
He hands out trying to send.
Trying to sell his little friends.
Untouched by the silence of his arrival
walks ahead rhyming his toys.
Unaware of the people's reaction
smiles ahead remembering the lost joys.
Fighting not begging the tides
Staggering one more day of life.
Slowly knows the count till his end
Trying to sell his tiny friends.

Near the dawn came a shadow
cart wheeling, disappearing.
A face appeared of a boy maybe nine
A pen beard pushing it to twenty-nine.
Eyes demanding an applause
at least amusement on the face,
eyebrows fall inside out, shoulders shrink
working hard not to act at this disgrace.
People play dead
Hearing to something never said.
Staring at the floor, a gloomy and grim picture.
Staring outside, a hypocrisy smudged picture.
A hat comes forward, and enters the master.
A hint of hurt comes forward, and retreats the master.
Keeping two alive is one of the pain he ensembles
And which keeps growing with the increasing dead passengers.

Pushes the junior forward
To move on his noisy steed.
The boy renewing every expression on his tiny face
Wheels ahead in sad delight.
The father behind
drifts ahead in tears dead and dry.