Loving Yourself- First Defy Yourself :) 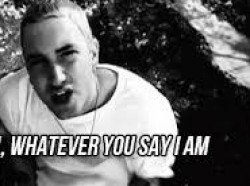 Ever heard a story of a boy who was ugly? He was not ugly by heart though. He roamed silently about the colleges. He had friends but somewhere there was no bout with them. He always had a feeling of compression, guilt and something deep, a deep throbbing. Sure he was a teenager.
Who said a boy and girl canâ€™t be friends? He had one, but like every other boy his route of thinking was on the other road. As usual he ended up falling in love and was praised with rejection. This happens. But like every other he did not drink, he did not die; he did not listen to drone songs. He was merely different but not different. He challenged himself, he groomed, he won, and he achieved the rank. He has the honour, looks, money, except a friend with whom he can share something.
Who is this guy? He is the one who is with us; we have him around, in our friend circles, in our class or in our office. We seem him every day. We want his success but we donâ€™t want his pain.
So what is the next step of the happiness? First was to love ourselves. The other one is simply defying us. Defying your personality and also defining it. Which is the toughest job in this world?
It is the job of an actor. An actor has to be in his character, be in his character, defy and define the character. And we love the characters he plays. So why canâ€™t we love our own self character? But why canâ€™t we defy ourselves? Why canâ€™t we be the hero of our movie?
The important thing is TO KNOW THAT EVERYONE HAS A PERSONALITY AND THAT PERSONALITY HAS ITS OWN IDENTIFICATION. There is one thing that will suite you that one thing is what you need to understand. You need to be in that active mode that suites. Then just see the magic of praises that you get. That recognition and that satisfaction is sky high and that is what you have to aim for.
Still more to come.