Madras and World War I 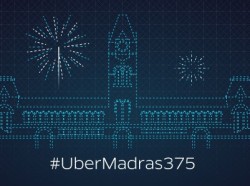 MADRAS AND WORLD WAR I

“MADRAS”!, As many a moon on Her Journey,
From the nightmares of World War (I), Emden on Fire, Maddened,
As test of times, As a Centenarian, Standing Tall, Taller than EVER,
With PAIN All on Her Shoulders, As a Testimony,
Brave and Brilliant, All All ALL ALONE.

Kites in the Skies, Pride raised High,
Heritage in Her character, Magnetic in Manner,

History and Mystery as Magic,
Fashion and Tradition in Fusion,

Younger than Ever, Pettier as Never,
Madras as Chennai, The Eden of our times,

Some background info.:
2014 marks 100 years since the start of the World War 1.
The Bombardment of Madras was an engagement of World War I, at Madras (Chennai), British India. It was initiated by the German light cruiser Emden at the start of the war in 1914. Madras was the only Indian city to come under attack by forces of the Central Powers during World War I.

Tags: My City
Sign In to know Author - PRADEEP RAGHURAMAN
Spread the word ...