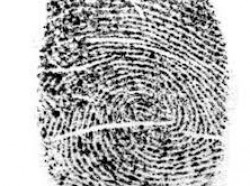 In terms of damage, the catastrophe concluded by analysis in terms of lives lost and casualties, new channels rambled their phony discussion going completely against what was witnessed by X.The crater in the middle with a puddle of red blood now turned muddy due to the commotion of police around, was the place where it happened.
It was a white colored car, though not a shiny new but an old ruddy model probably bought from a junkyard, whose hood had lodged itself through a closed shutter of shop with the engine blown apart and parts nowhere to be seen.
The shards of glasses were spread in and around the crater like pieces of marbles. The police vans stood guard to the site while big dog sniffed for more such gadget laden bombs around the neighborhood, which now had a deserted look like a face of widow whose flaming spirit to live had been doused without any fault of her.
The bulky gurney was pushed into the ambulance with distorted humans lying, enough to make one queasy and squirm pouring sympathy and fueling anger due to their distress.One went and other arrived and the cycle went on for hours.
"The tally could have been easily calculated as they had chosen a busy bazaar,the spot promising maximum casualties with minimal input", said the passerby in a very observant nonchalant manner as X heard him.
X had been nearby when he came hearing the blast in the bazaar. He saw the dead woman, the crying child, hapless businessman whose shop had received grave impact and lost all the value of utilities.

He wondered staring at the bloody pit, how the invention of man has powered him to command lives of hundreds, he marveled at the incredulous feat, that an invention of an object could impact lives of so many humans. Staring and absorbing at the site, he remembered all the tireless nights of work and hard-work of group of people who until a few months ago had landed as strangers on the coast in a rickety boats late night. He could feel the chill of scary vulnerability that he felt on leaving the homeland while resolved to serve Y and associated collaborators for the cause he had signed for. He remembered the jubilation his self was when he and everyone in the team was given a wristwatch Along came instructions; the watch to be worn at all times and so he did. He looked at the watch, smiled and noticed the time. He must go back to the warehouse. While passing through the bazaar, he felt a red light blink on the top right corner of the dial of wristwatch. Still unaccustomed to the high fi watch, he fiddled with the buttons, mercilessly pushing in each one of them. After a minute, he found the right one. The policeman standing near the van noticed him and started heading in his direction. X pushed the button, the red light vanished taking along X, policeman, and all living life forms in and around the bazaar.

...........In a building at the other side of town, he sat in front of his laptop computer. Stretched back on a morocco leather chair almost in a slumber state but kicked by the coffee he was drinking, he sat staring at the dot on screen. The map of the territory compassing 16 districts was spread, while the attention was fixed on the one with the bazaar. He looked at the wristwatch and noted the time. A commanded X had started moving towards the destination. He dragged his finger, pointed the cursor on X, selected the code of wristwatch subsequently pressing control-Alt-X. Passing a victorious grin he dialed the number confirming termination of X. The deed was done. He switched off the laptop placed it in the bag wore his sunglasses and dashed out of the room.