MIND STRETCHED BY NEW IDEA CANT REGAIN ITS OLD ONE 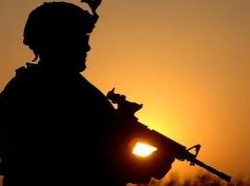 Life was going on as usual ,Untill i Realised that i came into final year of my UG course. So,to show that i was also a serious guy,I attended the first campus recruitment which was DELOITTE(TOP MNC).I wrote the written test along with my friends and it seemed ok.After two days results came,and I was shortlisted for case study.I attended the case study and came out with flying colours.Now the Tough part,three guys wearing suits started my interview and it lasted for some 45 minutes which were not like "FORTY FIVE" they passed very quick.Results came out and Guess what, I was selected for AERS. Whole day i was feeling happy as i can now relax and my friends would be rubbing their asses for some time.But when i went to bed ,I can't get sleep.I thought for a while and found solace that i was settled.but from some extreme left side of my heart ,something was wrong.so i felt that pain and finally Realised that it is my DREAM PAIN.I wanted to be an Army man from my childhood.i got all the exams cleared in first attempt like the nda,tes etc.But due to chorus from my family ,I pursued B.E as they assured that i can join army after my B.E.now ,after getting a good job ,mom say you settle down beta ,But dad doesn't utter a word because he knows what army is.while i am dying inside ,i remember a qoute "A MIND STRETCHED BY A NEW IDEA CANNOT REGAIN IT'S OLD ONE". hoping that i will listen to my pain.