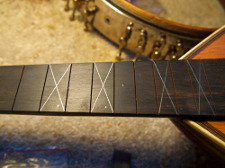 As soon as she saw the front of the train come whooshing out of the tunnel, mummy would grab hold of my wrists and yank them back to a safe distance so I wouldn’t get slapped hard on the legs by the clanking train. We used to go on the train to mummy’s appointment. If the appointment went well, and if it wasn’t raining, we’d go to NEW TOWN Park and play. Once, a long time ago, the appointment went really well, and we went to the park and the Café Coffee Day. Mummy had coffee and I ate cookies. Sometimes when the appointment didn’t go well we’d get back on the train and go straight home to watch the TV. And mummy would open a bottle of cider and then she’d cry. I used to hug her then and then, she would kiss me and say I was her angel and she didn’t know where she’d be without me. We were all right, mummy and me. I loved her more than the whole wide world, and she loved me back, double. We didn’t need anyone else. We were not rich but we were happy. One day, Gammy said to mummy to send me to school.
I didn’t like school. It wasn’t a nice place. The rooms were too big and it was noisy. It wasn’t like being at home where there was just mummy and me. The other children were always racing around the playground at break-time and none of them wanted to play with me cos I didn’t have dresses like them. The other thing about school was that the teachers got angry if I didn’t sit in a circle with the other children and listen to the story. When I told mummy about it she said that some little girls aren’t suited to school and that maybe I should stay at home with her and help her. Gammy got really upset with the news.
One day, when we went to mummy’s appointment, there was a little girl just my age, who was eating ice cream. I saw her from the big window. She was laughing for some reason and I decided it wouldn’t do any harm to have another look at her. She had springy golden hair that was spread out neatly across her shoulders and she wore a pink sweatshirt. Her brown eyes sparkled like the jewels on a bracelet. Her mummy and the brother kept teasing her in a friendly way which made her giggle more. She looked so happy and radiant like a princess. She had everything that I always wanted but I knew that I would never have those. Few minutes later, a taxi arrived and a man came out of taxi. He took the bags and put them in the trunk. She started to cry and clinged to her mummy. She kept repeating I don’t to leave mum. I don’t want to go to boarding school. Her brother then hugged her and said something in her ears. She stopped crying and it looked she had decided to go. I was looking at her constantly. Suddenly, our eyes got locked and the girl looked straight at me with her beautiful face. She gave me a smile though I could see her tears. That little smile which meant so much to me. It was the first time that a girl had noticed me. I was still in a trance when mummy called my name.
She came out of her appointment with the sides of her mouth pointing down and her chin all wobbly. I jumped off the chair and took hold of her hand. And then something strange happened. I thought, I don’t want to go home. I want to go on the park. I didn’t say nothing at first, but when we got outside, and I saw it wasn’t raining, I said, Mummy, let’s go to the park. It’ll make you feel better. But mummy said, No, we’re going straight home. So we went into the station and went to stand on the platform with all the other people.
I was unhappy that day. She didn’t say a word on our way. When I saw the front of the train come whooshing out of the tunnel I didn’t grab mummy’s wrist. I decided I wasn’t going to do that no more. As the train came roaring into the station, I just looked at the driver’s face, looked at his mouth forming an enormous O and his hands darting up to cover his eyes. And I just listened to the people saying, Oh, my God! and Quick, stop her! and Did you see it? and Has anyone called Security? and Who’s supposed to be with her? and I think I’m going to be sick. And mummy’s scream that went on and on and on and then came to a stop.
Now, mummy thinks it is her fault. Gammy says she thinks I did it cos I wanted to get some attention for myself because I had no friends. Sometimes, they both cry cos they think I’m not here. Now, they think that they know the reasons but they don’t. It wasn’t about not going to school. It was neither about having other people ask me if they could get me anything nor having no friends. They did not know about the ice cream girl. She was so sad leaving her mom. In the end, she may have left but I could never stay away from mummy. If they could see me now, they would know how happy I am. I can be with mummy now. I can see her always. We can always be together now. I know she can feel me cos she knows I am watching her. I may be a stranger to her now but someday she will know me as the most familiar stranger.