Oh Saturday ! You Are Such a Freak 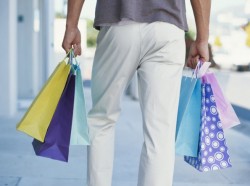 Let me start with a confession! This is how I lost my phone,"I dropped it in middle of road to board a cab to go home." How one could be such a dumbfuck.

Lazy Saturday mornings are best spent sipping bed tea doing nothing. But I had to give up the pleasure of leisure because Reliance Timeout, Ambiance Mall is offering 80% discount on books and I cannot afford all good books sold out before I reach.

Oh God! How divine it feels to be in a book shop. Aroma alone is so intoxicating it feels like a quarter down. I started with biography section. I was looking for Amrita Pritam's रसीदी टिकट. Unfortunately, it was not in store however, Mein Kamph, the autobiography of Adolf Hitler, the one always have been on my wishlist, so without giving a thought I bagged it. Marilyn Monroe, the fashion icon, role model for any actress or would be actress; her quotes are amazing and such an influence. She is one who taught men to go after curves as bones are sucked upon even by dogs. I wonder of her as much as of Audrey Hepburn so I got Marilyn, Norma Jeane by Gloria Steinem, Marilyn's biography. Norma Jeane is Marilyn's original name. Stories of British India taking place in mid 20th hide so much love, so much lust and so much loss. The map shown inside the cover of book showed plains of Northern India, starting from Shimla crawling across Umballa, Delhi, Meerut, covering Agra, Gwalior, Jhansi and rolling over Cawnpore, Lucknow, Allahabad ended at Benaras. I had no much idea of The Mutiny by Julian Rathbone however, 447 page novel well bound in hardcover, I am so very sure is going to be one of finest book I ever read. After this I had almost everything to feed me except a modern classic, so I picked up Snap by Mark Powell. Its review says,"This is terrific novel, where sentimentality collides with HARSH REALITY. A little classic." The words 'Harsh Reality' were enough to make me buy this one. And yes almost when I was out of store, I caught a travel guide of Paris. The Paris. Ahh. How beautiful it feels only to call name the city; how beautiful it'd be to be there. I know, in no near future I am going to travel Paris, but it always feels so good to be live around your dreams as close as possible.

Well, after feeling a lot awesome in book store, I started craving for some shopping. I am such a cat when it comes to shopping. God! What I'll do when I'll have money and not will be travelling. So I quickly got couple of tees and to charge me up got into Starbucks. I am well aware that Costa's Latté‎ is better than Starbuck's Latté‎ but who'll bother to go up three levels it's just a latté‎. Ketaki brew my coffee. Munching on my something-makhni-pie, I saw a group doing some collection for cause of Uttarakhand Relief. Adding a small contribution, I came out and sat for a while to finish remaining latté‎.
I had almost reached bus stand the moment I realized USPA bag is missing. WTF !! Where I forgot the fucking bag. I am thinking backwards. Finishing latté‎ - UK Relief - Starbucks - USPA - Books - ... I am damn sure either I left it at Starbucks when Ketaki was smiling at me (lol.. Oh! please) or at the place I finished latté‎. I asked at 4 - 5 places which could be of help. When I could not find it, not even with the help of brew mistress, I assured my self you got £43 books just for £8 so even if you lost both of your tees, you are still in profit of few hundred rupees. Haha.. you see how easy it is to console our stupid heart.

I already had left when I saw him. My eyes cant fail. Yes, that's right. That's MY bag that security man is holding.
"Hey ! I forgot my bag here few minutes back."
"Haan Saab! Ye raha."
"Why didn't you submit in security." I should have said but gave him bucks instead.

There is an universal law - KEEP CALM AND LISTEN EMINEM. So I plug in, play on and forget. Music takes on from where I had left it last.

First I'll kiss your navel,
Work my way down -
baby, you can lay down on the table
But you may wanna find something more stable
I told you ain't foolin' from the gate,
This ain't the first day of April
But thank you for staying, April (Sickest rap continues...)

Sign In to know Author - ASHISH CHAUHAN
Spread the word ...