Pain Of A Bird 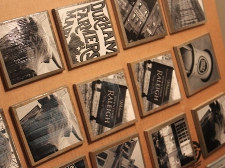 There is a bird, he is attracted to a flock,
Or is pain attracted to him?
He's twisted, he's weary, he's looking for some wings,
But it seems the flock wants to get rid of him.
He feels betrayed, he's crying, yelling his heart out,
But they won't listen, perhaps they love to see him in anguish.
He calls them his world, he offered them his life once,
But they laughed at his love, they found him stupid.
Now he flies alone, still waiting for a miracle,
Still looking for some wings, that once made him feel like a star.
Restlessness surrounds him as he breaks into the clouds,
He may look happy, as he's soaring with a goal to embrace the clouds,
But deep inside, only agony resides, and it's breaking him apart.