Pick up your meal 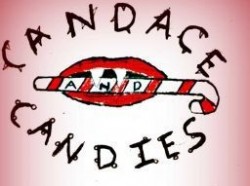 William had been standing in front of the candy shop for the last twenty minutes waiting for a girl to come out. It was lunch time in Cardbury high school and a group of twittering girls had just entered the candy shop.
He wanted to lure at least one of them in hope of his lunch. He was craving by now. If they didn't come out in five minutes, he would have to risk his identity and go inside. Damned teenage girls, they took so much time. After he'll finish with them they won't be buying any candy ever again. He could have gone for the children that had come before but they were too much hassle, really difficult to lure with his well-muscled body and applied and tested charm.


He had not had a dose for two days. His mind was already playing out scenarios, the ripping apart, digging those sharp fangs in and that heavenly taste of the juicy sweet liquid. This was not helping him to be in control. But if he didn't focus on this, he'll start remembering about her, her smell, her blonde hair that smelled like strawberries, which he didn't want to do at all. It still hurt after more than a century.

Will was pulled out of his wanderings with the squeals of a fifteen year old looking girl coming out of the shop finally. Will´s green eyes lit up in anticipation. She was alone for now, calling for her friends to come out, this was the kind of opportunity he was waiting for. He stared at her till she looked up and made eye contact, he knew she was a goner as soon as she looked up, he gave her one of his lopsided charming smiles. She blushed and looked down, he walked towards her in a easy pace and stopped too close for comfort. Then he took her hand and placed his lips, just floating on them and asked for her name. She blushed more if it was possible, he was becoming impatient.

He tried to catch the voices of her friends; they were still inside far enough for him to make his move. He moved even closer to her, closing his hand on her wrists, with his other hand he snatched the packet of candies from the girl and slipped them into his coat. The girl looked up aghast at his audacity but Will was far from caring, he compelled her to forget the past five minutes and disappeared from the crime scene inhumanely fast.

Finally, he had got the candies. He ripped apart the packet and dug his fangs into them, the sweet-sweet liquid covered his fangs. He was pleasantly surprised by the girl's choice in candy. Maybe he would meet her again.
~~~