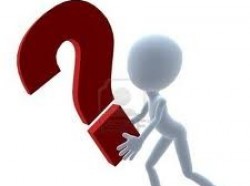 Big questions. So many questions? So many arguments and so many solutions.. I wonder if the past philosophers found what they were finding.. Today I wonder what is knowledge?
According to the 'Dialogues of Theaetetus', what I concluded is :
Pursuing the thought that if you know something, you can't be wrong..
Theaetetus suggests:
- That knowing might be perceiving.
- Then having a true belief,
- Then having a true belief and being able to defend or give an account of it.
* But its not compulsory that if you know something, you perceive it and have a true belief, is actually correct, you might get a wrong perception about anything which you think is correct but may not be true. Believing in a particular thing its all subjective.
The dialogue leaves us better off only in awareness of our own inability to sustain an account of knowing.
What can knowledge be? Other than true belief? asks Theaetetus..
After all, if you have a true belief you are not making any mistakes.
* For persuading people in public is something that can be skilfully done.
The dialogues: Socrates and Theaetetus
When you persuade someone towards something that brings you to have a belief towards the particular subject.
* If a particular group of people have been persuaded fairly about something, about which you only tend to have knowledge, if you were an eyewitness or otherwise. But the people hearing the person, who were not even eyewitness, will then judge the person or the situation from what they have heard and get a true belief, haven't then they judged without knowledge but the persuasion towards the situation has made them able to take a good judgement.
** If someone persuades the other person, its not always necessary that whatever the topic which is being persuaded is true. It might be wrong. The fact differs that what if the persuader wants to highlight the wrong thing which is beneficial to the persuader itself. It is far fetched view --
If you have acquired a true belief in a certain way, why do we worry that we might have been persuaded of something false in the same way.
How can what didn't happen cast a doubt on what did?
** Human mind is a bird cage? ( I leave this question for the reader to think forward)
Far fetched view :
If we limit knowledge to what we can actually experience first hand for ourselves, then there won't be much that we can know, nothing that we read or second hand will count.
-- No body else can know things for you on your behalf. Knowledge requires that you acquire the relevant belief for yourself.
What is to acquire a belief for yourself will differ depending on the kind of belief it is, but if you have to acquire a belief on something, where you were not an eyewitness, its through intermediary, or where the persuader takes you on behalf of their own knowledge. Then the second hand information is considered..
Plato has given two reasons for rejecting the idea that true belief could amount to knowledge.
** The problem with the persuasion is that it turned out to be a route that could not guarantee that the beliefs we acquired for some one else would be true.
So, the assumption arrives that there is a way of conveying beliefs that could amount to knowledge, though it isn't persuasion.
** The second suggestion started that no information or knowledge can ever be conveyed, thus any belief conveyed will be second hand belief, something which the person cannot know, because the eyewitness part lacked, because you cannot know it for yourself.
Relying on someone else testimony however sound, is never the same as experiencing the fact for yourself.
** The problem arises here is the second objection seems to conflict with the first. The second supposes that the knowledge cannot be conveyed, but must be acquired by each person in their own case, but the first found fault with the persuasion in a way suggesting that their could be a way acquiring a belief from someone else which would amount to knowledge, so that knowledge is conveyable.
** It is notable that Socrates only argues against the view of others rather than putting his own ideas.
The arguments are arranged in such a way that the reader is drawn in arguing with Plato's beliefs and as well as challenging the ideas.
After boggling my mind into the deep sea of knowledge and the Plato's description.. The question still remains the same
What is truth? What is Reality? What is knowledge and how are we acquiring it..
-- To be continued

While arguing with Theaetetus, Socrates produces objections..
-- True belief might amount to knowledge.
There comes another theory, the dialogues of Meno, we find that knowledge is teachable. But Plato has suggested in the same dialogue that 'Knowledge is a sort of recollection'.
* When we learn something in college or school, taught by our teachers then knowledge is teachable and yet conveyable too one or the other front.
But if the knowledge is being practiced many a times or conveyable to the third person, then knowledge of the second person is more conveyable and accurate on the subject than anyone else.
** Knowledge on any subject can be teachable or conveyed to second, third person, so on and so forth.
But the knowledge looses its impact, if it has not been practiced. Because only the person can understand the practice of knowledge by trying harder and being experimental on the particular topic.
* But knowledge can be conveyed in a way that will lead the person to enable to make effort themselves. When the interest is strong and the urge to learn as well.
Particularly the way Plato writes to the role of argument in supporting one's own position or attacking those of others.
Another feature of Plato's writing : In the dialogue of Theaetetus, Plato uses the point that knowledge is conveyable and also the point that knowledge requires first hand experience of one's own. Which actually confuses the reader. But the funny thing which happened to me or which I thought that : Was even Plato aware what he was saying? I mean not that legitimate to say after hundreds of years.. But yeah! He gave two arguments totally contradicting to each other. Or perhaps he was trying to give the hint of the 'Theory of Paradoxes' in this context as well. *Jokes apart*, it actually makes the reader think of measuring the polarities of what is right and what is wrong. Or do we lie in the midst of both.
** There is something substantial to understand, and to convey. It is no accident that when Plato struggles with the concept of knowledge, he tends to conclude that what meets his standards for knowledge is far more restricted than the range of things we normally assume that we know.
In a way its not only knowledge we count, just the perspective is knowledge. The theories which were written hundreds of years back actually found their way to the human psyche.
Auden was very correct when he said :
About suffering they were never wrong,
The Old Masters; how well, they understood
Its human position; how it takes place .