Politics is a Dirty game and Corporate World? 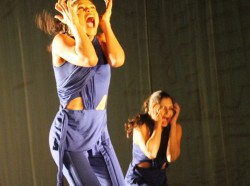 â€˜Politics is a Dirty Gameâ€™

Why the great Social reformers and leaders like Anna Hazare and Madam Kiran Bedi want to stay away from Politics?

I am an Indian Citizen, Since childhood I have grown up with one thing in mind that â€˜Politics is a Dirty Gameâ€™. This thought turned into a firm belief over the period of time Also, when I witnessed the politics of Delhi University elections. My brother was in College politics. In the year 2003,he lost the election for the post of Joint Secretary (Studentsâ€™ Union ARSD college DU). He decided to fight election next year in 2004 for the post of President in the college.


Since then, Election campaign was its height. He used to spend time with the students each day in the college campus , interacting with them, helped them in various ways like arranging notes for them etc. It took him one complete year to create his goodwill in the college and soon, he became one of the most popular and suitable candidates for the post of President in the college. Every thing was fine, he was excited to file the nomination for the post of President.


TURNING POINT ( a glimpse of the dirty politics)

But, Just before a few days of filing nomination, the guy who was in the opposition, standing for the same post of in the election tampered with the exam answer sheets of my brother making him flunk in the exams that year .Thus, making him ineligible for filing the nominations for the post of President. May be ,he bribed some college admin or professor to get his work done. Who knows!

Wow! That candidate in the opposition ruined my brotherâ€™s academic career to fulfill his political ambitions. These youngsters in the college were so much innovative and all time big strategists that they could do such deceitful tricks for winning the college elections. We can not underestimate the significance of the college elections as these contestants(youth)soon, join ABVP and NSUI which are led by BJP and Congress respectively.

I was a school student that time but I was mature enough to understand that such unethical tricks and tactics lays a foundation for their Political career when tomorrow they join NSUI and ABVP and later politics at the national level.
This was just one of the incidents that i witnessed but the list is long and abominable if we go into the details like these students implicating each other in the false police cases, lodging fake FIR(s) based on fake stories.


CORPORATE WORLD
Politics is not the only filthy sport in this â€˜Kalyugâ€™ but I realized that Corporate world is a dirty place too. What can be more disappointing than this that after finishing his MBA ,a young professional who is full of ambitions, eyes glittering with new hopes(hopes of his parentâ€™s and self)decides to resign from his First Job because he realized that Corporate World is a dirty place? Yes, this is true, I left my first job after MBA realizing itâ€™s a dirty game.

It is needless to analyze minutely, the basic Observations can help us conclude that Corporate World is Mean and Mechanical. So called Corporate Social Responsibility (CSR)is nothing but a marketing tool shrewdly designed by the the Top management of the Big business houses. Office politics, taking advantage of the female staff by their bosses (alluring them by promotions and favors)for their physical and other needs is also very common.

In the rat race of becoming bigger and the biggest the Corporate houses are earning profits at the cost of their Conscience. For them â€˜profit is Religionâ€™.
However, there is no doubt that there are people who are leading big business groups and they do not compromise with their moral scruples. There are a very few business houses where Ethics and Truthfulness are the foundation stones.

Making huge Profits, Luxurious Life style, Glamour and heavy Bank balance, these may seem to be the the indicators on oneâ€™s Personal development. But i Condemn that glamour and Luxury if it is acquired unscrupulously. I would prefer to be a poor person with a True Heart. Such a â€˜Mercenary attitudeâ€™ today, is taking shape of an Ideology in the society or a new philosophy to lead lives, i.e, We are Shifting our ethics and stretching the moral standards to justify what we do for earning money. Which is a great risk not only for the Current generation also for the generations to come.

Our youth today takes pride in telling a lie or being dishonest when he is at work.
People have started accepting the following as the modern Principles of the corporate world: â€˜Everything is fair in love, war and in Corporateâ€™
â€˜Itâ€™s a duty (or dharm) of a marketing executive to tell lies or to be dishonestâ€™
â€˜To get the work done by hook or by crookâ€™
â€˜Money is Worshipâ€™
â€˜Being successful = be Rich by hook or by crookâ€™
Its too obvious to need any further explanation that Politics is a Dirty game and Corporate is a Dirty place.