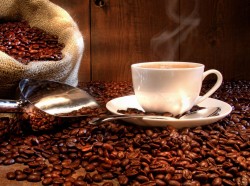 Today, I have seen a person very depressed, someone I care for. The face shows no sign of life and neither the person is seeking a shoulder. The reason for this is very-very common – temporary failure. Each one of us has been there and some of us have seen it on a daily basis.

These are lost causes. Causes who have a potential but are too scared to get into the game. So they give it all up and sink in the sea of self-pity and self-preservation.
I think except for sustenance, they have not added much value to the mankind.

This reminds me of my own story. And I am so thankful to this one unknown person who made me be ashamed of myself.

This happened a few years back. I was fighting the glass ceiling and was subject to male egotism. My dog died around the same time – the pain is no less than the death of a dear friend. Two guys at the same level as me and my manager, decided to make my job difficult. For I handled a team three times as big as their own and was the best manager for 3 months in a row.

I spent close to 16 hrs a day in the office. Having to handle 3 teams, 3 different queues, running 24*7 and all the official communication – I was always kept busy. I had no time for office politics. But the others did and especially had the blessings of the manager.

My manager working 5 hrs a day was not as popular with the client, compared to me.
At the end of one of those 16 hr days, I broke down. For all that I was trying to build was being constantly broken down. Instead of being appreciated and rewarded – I was being criticized. I needed fresh air as I felt suffocated in that office.

I decided to walk home, which was 9km away. Enroute, I stepped into a coffee joint. The recent grief and the office politics put me to the “why me ????” state . I was too occupied by ‘me’ to notice the guy approach.

So I gathered myself, to place the order – “Latte, double shot, really hot and 2 brown sugar added into it”. He waited till I shut my mouth and then signaled. In his own language he said – “I cannot speak or hear, so please show me your order on the menu card”

I was awestruck. Nature just served me a lesson – with my coffee. I was ashamed and my sobbing ‘self’ disappeared for good. In front of me is a person, the nature has been unfair to. But here he is serving nice hot coffee with a smile – to brighten MY day. My self-pity never returned, to crush me.

For those of you who are wondering – my manager got fired for integrity and efficiency issues. One of my fellow Managers got divorced for ill-treating the woman in his life. The other guy, well, is now insignificant.