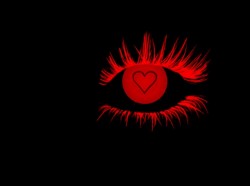 Across the world, the storms that blow,
Touch your heart with a speed so slow.

What a piece of crap, the guy thought. He was sitting beside a lovey-dovey couple, eavesdropping in their conversation. “I wrote this poem only for you, my love…” the boy was saying to his girlfriend. A complete lie, the guy thought. Another reason for not falling in love, you start telling a whole host of lies. He quietly penned down the reason. For years he had been noting down such reasons. He again diverted his attention to the couple. “this is so amazing and so beautiful…” the girl was saying to his boyfriend. Yet another reason, you develop a liking for shitty things, the guy thought. But then for a second he thought ”what if the boy really wrote the poem for his girlfriend? What if he really believed in his words? What if his poem really epitomized his feelings?” But the very next second he got answers to his own stupid questions. This is another reason for not falling in love, you start writing and believing in all idiotic things. “you know I wrote one more poem for you” the boy was saying when the guy got up and moved a considerable distance. “I may vomit if I listen to another one”, he thought.

He started his search to find other such lovebirds. It was an easy task seeing as there were many. He found one but resisted going anywhere near them because the girl was wearing red and he detested red color. He decided to take a short break and enjoy the scenic beauty of Marine Drive. He had been visiting Marine Drive for years yet every time he came here, he was mesmerized by its beauty. Some things will always remain enigmatic, he thought. The adjoining sea is mysterious, he thought. Sometimes it is so calm, as if complimenting the nature of greater men, and sometimes it is full of storms as if depicting the lives of many. I am a philosopher, he praised himself. He lighted a cigarette. He wasn’t a chain smoker, he smoked occasionally. But the irony was the occasion came every hour. Smoking he went near another such love-stricken couple. He sat very near to them not because he was much interested in them but because he liked the perfume the girl had used. The girl was babbling a hell lot of things. The guy noted down another obvious reason. You start speaking like a 4-year old. The guy listened to them while enjoying his smoke. After an eon, it seemed to the guy, the girl diverted her attention from her bunny-like boyfriend towards the guy.” Don’t you know smoking is not allowed here”, she started thrashing the guy. “I am smoking here for nearly an hour; you must have inhaled half of the smoke and now you are realizing that I am smoking. Are you so dumb?” the guy wanted to ask her but decided otherwise. “I am sorry” he said in the least polite manner. Ha, another reason, your senses become numb and you become dumb. “Nice rhyme, I might try my hand at poems”, the guy said to himself. “Just get lost or you will have to suffer me”, the boy spoke for the first time. “I am glad to know that you can speak because for the last hour I was thinking that you simply can’t speak seeing as you never spoke a word” the guy insulted the boy without using a single slang. Saying this, the guy showed them a very polite gesture that included a finger and moved on.

Enough for the day, he thought. He was about to go when he saw an old guy looking somewhere near the horizons. He was oblivious to everyone and everything. The guy got a sudden urge to talk to that old waiting-to-die man. He went near him and sat without saying a word. “I have been observing you for a while. And it seems to me that you are in search for some answers”, the old man said without even looking at the guy. “Are you an alchemist?” the guy wanted to ask but ignored his thoughts. “I want to be a writer, so I am always in search of answers” the guy replied.

“What is it that you want to know?” enquired the wise old man.

“The day when you are about to die and you see the tears in people’s eyes; you will realize what love is. Love gives beauty to everything. Of all the things in this world the most enigmatic is love” continued the old man.

“When I was of your age I used to come here with a girl. The girl loved me from the bottom of her heart but I never loved her. I never believed in love. I was just, I regret saying it, but I was just using her. One day she left me promising that she would never return. That day I realized what love is. From that day onwards I come here just to relive those beautiful moments. Every day I try to fill that void in my heart but every time I fail. To say the least, you are my past” the old man narrated his life saga.

“Stop thinking about love, just go and feel it. Love is not a flower that you can see; it’s like the fragrance that you have to feel” the old man continued further.

Every word the man said was introducing a storm in the guy’s heart. The storm in the sea had somehow found a way into the guy. The guy knew that finally he had found the answer to the long unanswered question.

“Am I making any sense? Do you understand me?” the old fellow asked.

“You make all the sense in this world. You know old man, I never promise anyone anything. But today I promise you that even if I am your past, you won’t be my future” the guy spoke his heart out.

“I hope you are man of words, young lad” old man said.

The guy’s mind was calm again. The storm was back to the sea where it belonged. The guy moved away with a smile after-all he had found a reason to love.

Sign In to know Author - ARAK VATSA
Spread the word ...